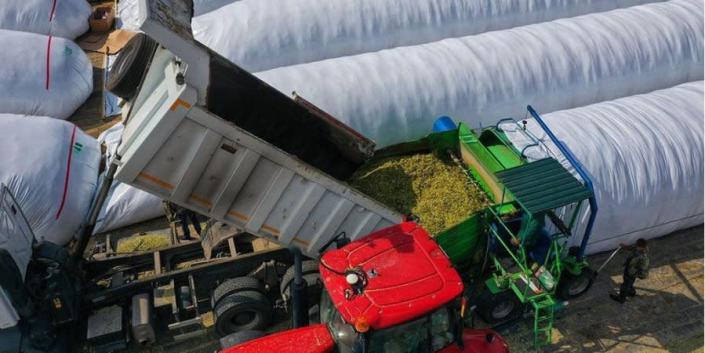 “In the coming days, the UN Food and Agriculture Organization (FAO) will announce a tender for the purchase of the necessary equipment – ​​polymer shells for grain storage, loader unloaders and modular grain warehouses,” said Mykhalchuk.

Previously, the government introduced tax relief on the import of such goods.

In the coming days, the FAO will announce a tender for the purchase of equipment for the temporary storage of grain from the new grain. It will be available to farmers from 20 oblasts in Ukraine, Mykhalchuk said.

According to an FAO representative, as a result of Russian aggression, 14% of Ukraine’s granaries have been damaged or destroyed, and 10% are located in areas conquered by Russia. Of the available warehouses, 35% are filled with grain and oil crops from last year’s harvest in anticipation of export.

The conditions for participation in the project will be announced shortly.

The additional storage capacity will cover 25% of the national demand.

It was previously reported that the cost of the FAO project to help Ukrainian farmers maintain the expected July-August harvest and ensure the export of key agricultural products to international markets is estimated at $17 million.

On July 27, the Ukrainian Parliament in its entirety supported the bill “On the amendment of Chapter XXI ‘Final and transitional provisions of the Customs Code of Ukraine regarding the exemption from import duties for goods used to store grain and/or oil crops.” Ukrinform reported referring to MP Yaroslav Zheleznyak.

ALSO READ  US places of worship increase security after shootings

“The Rada: 7548-1 as a whole (304 votes) supported the import duty exemption in Ukraine of sacks, (polymer) covers for the storage of grain and oil crops and equipment for filling, loading and unloading,” Zheleznyak wrote. .

The document states that there was a problem with grain storage due to the insufficient number of elevators. The solution to this problem is the use of temporary grain storage devices: sacks and covers (polyethylene and polymer bags that can be loaded with up to 200 tons of grain and stored directly in the field), temporary silos, as well as machines ( equipment) designed for their loading and unloading.

According to the authors of the bill, it is necessary to import and install in Ukraine about 80,000 polymer shells, at least 80 sets of machines (equipment) for loading them, as well as temporary silos. But this is hampered by their shortage and high prices – a single cover to store 180 (200) tons of grain costs about $1,000.

In the seaports of Odessa and Chornomorsk, which are under a Russian naval blockade, 17 ships have already been loaded with grain, ten of which are ready to sail.