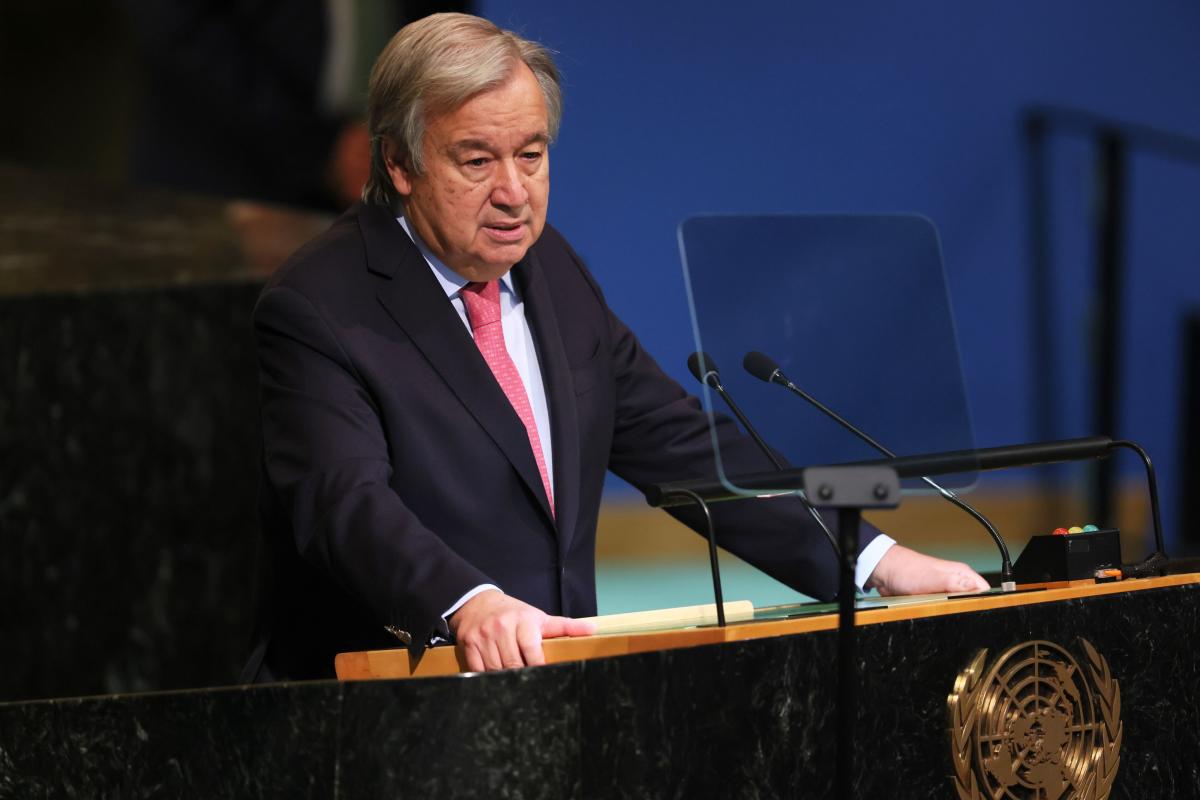 UN Secretary-General Antonio Guterres gave a grim assessment of the state of the planet on Tuesday as world leaders descended on New York City for the annual general meeting that choked traffic, saying the nations are “stuck in a colossal global dysfunction”.

While exposing massive intractable issues such as climate change, conflict and inequality, Guterres told the UNGA opening session that worsening misery poses a greater threat to the planet and the world’s population than ever before.

“Our world is in danger — and paralyzed,” Guterres said.

As President Biden prepared to fly in for the annual meeting of presidents, kings and dictators, Guterres also said he had hopes for progress.

“Let’s work together as one, as a coalition of the world, as the United Nations,” he urged leaders gathered in the main hall of the General Assembly.

The 77th General Assembly of World Leaders is meeting under the dark shadow of Russia’s invasion of Ukraine, which does not seem to end anytime soon.

It has unleashed a global food crisis and opened rifts between the major powers in a way not seen since the Cold War.

For New Yorkers, the rest of the week will be marked by headache-inducing road closures as nearly 150 heads of state and government commute around Manhattan’s East Side.

At a rally Monday to promote the UN’s 2030 goals — which include ending extreme poverty, quality education for all children and achieving gender equality — Guterres said the world’s many pressing dangers “make it tempting to focus on our development priorities.” set aside for the long term. ”

But the UN chief said some things cannot wait — including education, decent jobs, full equality for women and girls, comprehensive health care and action to tackle the climate crisis. He called for public and private financing and investment, and above all for peace.

ALSO READ  Glimpses: Threading the Needle on the Edge of the UN Perimeter

The death of Britain’s Queen Elizabeth II and her funeral in London on Monday, attended by many world leaders, caused a last-minute headache for the high-level meeting.

The global gathering, known as the General Debate, was completely virtual in 2020 due to the pandemic and hybrid in 2021. This year, the 193-member General Assembly returns to face-to-face speeches.

Traditionally, Brazil will speak first, as it has for nearly eight decades.