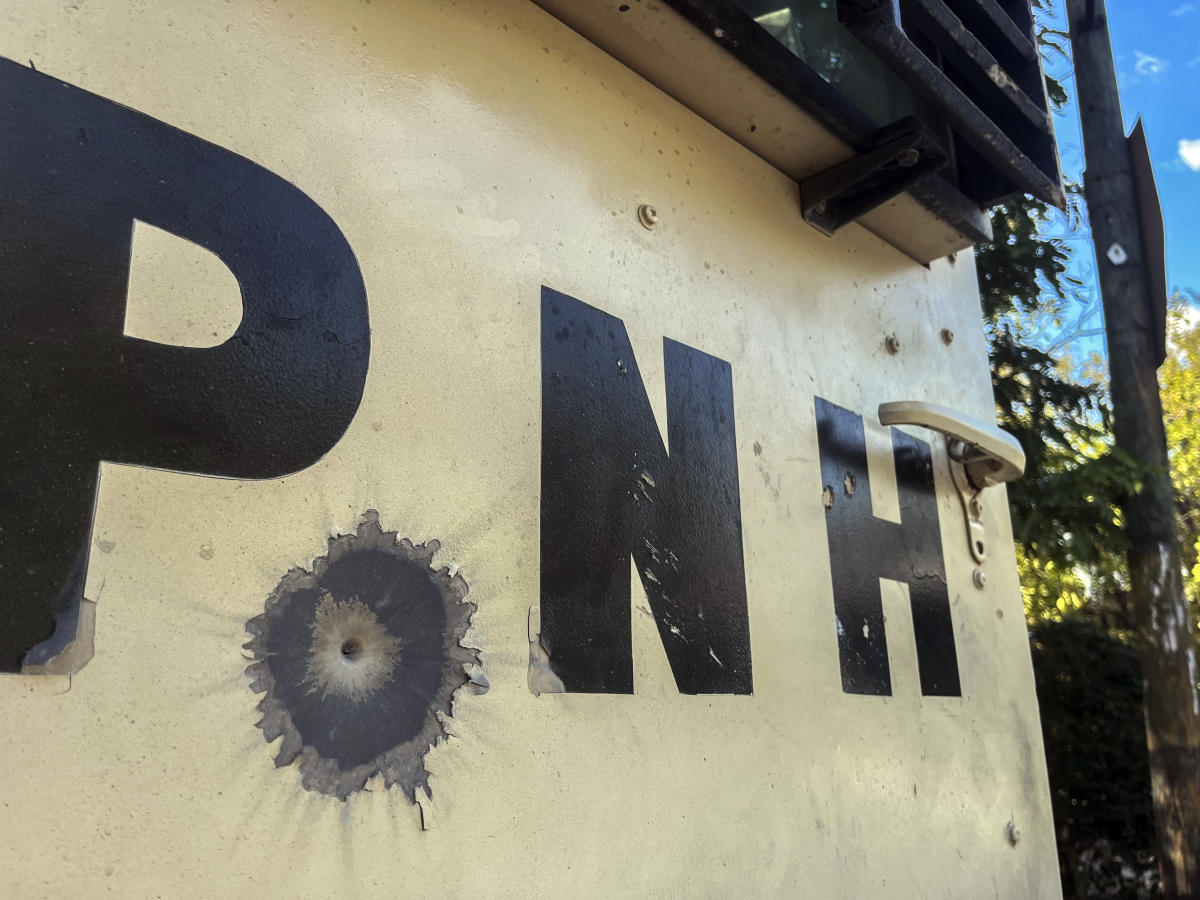 The recommendations were made as part of a report on the UN Integrated Office in Haiti, with Guterres noting that gang-related violence and human rights violations have reached critical levels.

“The people of Haiti are suffering from the worst human rights and humanitarian emergency in decades,” he wrote.

Guterres noted that while last year’s gang-led siege of a major fuel terminal has ended, a special force is still needed to ensure key infrastructure remains clear and people can vote safely in general elections whose date has not been established.

Meanwhile, Haiti’s National Police is underfunded and under-resourced, with only some 9,700 officers on active duty in a country of more than 11 million people.

“There are also allegations that a significant portion of the national police force … may be associated with gangs,” Guterres said.

In recent months, countries including Canada and the US have offered training and resources, including armored vehicles, but police forces remain largely outnumbered by gangs whose power and territorial control have expanded since President Jovenel Moïse was assassinated in his private home in July 2021.

ALSO READ  Who is Lucile Randon, the world's oldest person who died at the age of 118

Haiti is also battling a deadly cholera outbreak, exacerbated by gang violence and a spike in the number of people going hungry, as countries such as the US and the Dominican Republic deported tens of thousands of Haitians in the past year.

The report was released a day before the UN Security Council was due to meet to discuss Haiti.

Late last year, the council imposed sanctions on individuals and groups that threaten peace in Haiti, including a powerful gang leader, but did not vote on the deployment of military forces, as demanded by Haiti’s top officials in October.

As there are no democratically elected institutions left in Haiti after the terms of the remaining 10 senators expire on January 9, Prime Minister Ariel Henry has pledged that he is working to hold a general election as soon as possible.

Last week, Henry’s government issued a decree naming the three members appointed to the Supreme Transitional Council, which will be responsible for choosing the Provisional Electoral Council, the first step in preparing for elections. The decree stated that the council will also implement economic and human rights reforms, prepare and implement a public safety plan, and set milestones and deadlines for the transition period.

“We will continue with anyone who wants to,” Henry said earlier this month.