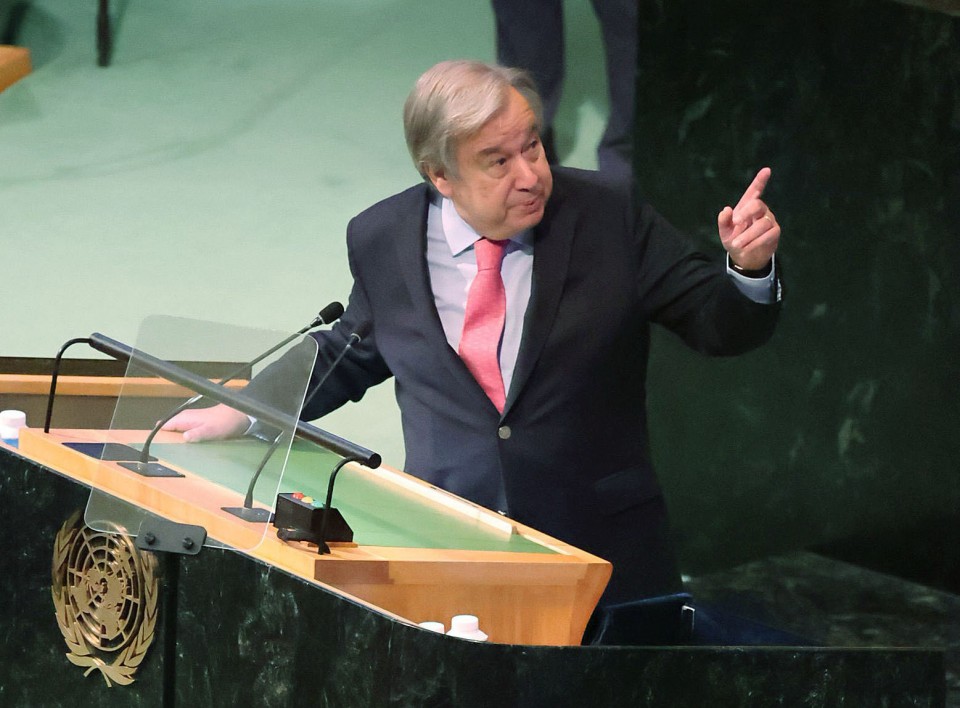 “Our world is in danger — and paralyzed,” Guterres said, adding that geopolitical divides undermine the work of the UN Security Council and “all forms of international cooperation.”

UN Secretary-General Antonio Guterres will deliver the opening address of the annual general debate at the General Assembly of the World Organization in New York on September 20, 2022. (TBEN)

The UN’s annual general debate session kicked off on Tuesday with a deep rift between countries such as the United States and its allies that have condemned Russia for its aggression against Ukraine and countries that have not.

The war, which began in February, has led the West to impose severe sanctions on Russia amid instability believed to be leading to higher food and energy prices.

Guterres acknowledged that the war has unleashed “widespread destruction with massive human rights abuses” and called “extremely disturbing” recent reports of a mass grave in the Ukrainian city of Izium after the area was liberated from Russian control.

But in an apparent effort not to stir the division further, the UN chief refrained from direct criticism of Moscow for invading Ukraine. Instead, he highlighted a case in which the warring factions came together to clear the way for the export of Ukrainian grain that had been blocked by Russia.

The UN-backed grain export deal was reached in July with Turkey’s support, amid concerns about food insecurity, especially in African and Middle Eastern countries that have been heavily dependent on grain from Ukraine.

The UN chief said the current problem is food distribution, but there could be a global food shortage next year unless urgent action is taken to address the fertilizer market tightness, which is reported to have affected farmers in West Africa and elsewhere. grow fewer crops due to the price and availability of fertilizers.

Russia and Ukraine are major exporters of grain and fertilizers.

On climate change, the UN chief said the issue “should be the number one priority of every government and multilateral organization”, but action to address the issue has been put on the back burner.

He also cited ongoing conflict and humanitarian crises worldwide, as well as a divergence between developed and developing countries that is becoming “more dangerous”.

“Let’s work as one, as a coalition of the world, as united nations,” Guterres said.

The Bharat Express News - September 26, 2022 0
An emergency rate hike by the Bank of England would accelerate a mortgage crisis for hundreds of thousands of buyers and homeowners looking for...