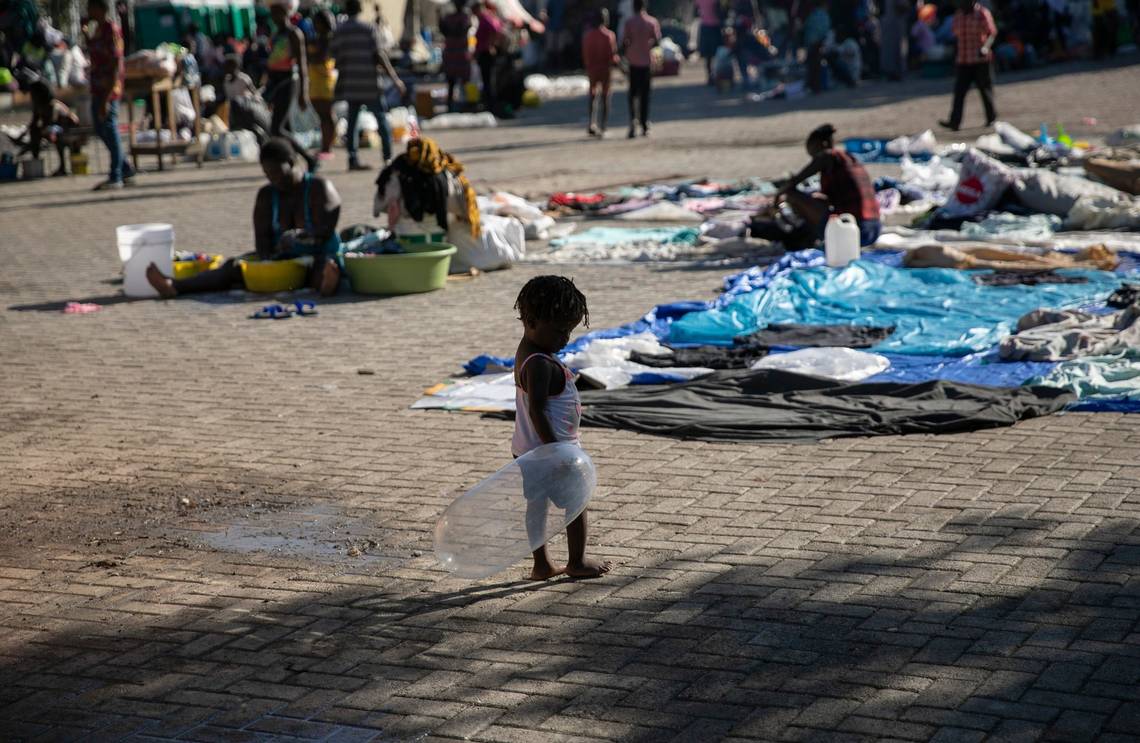 A US plan for an international force to intervene in Haiti’s war against heavily armed criminal gangs is losing momentum more than a month after the Biden administration proposed a rapid action deployment at the United Nations.

A US official involved in the talks said a US resolution in the UN Security Council approving the force was unlikely to lead to a vote over the holiday season. A second US official said the plan is not dead, but the formation of such an ambitious military mission would take time.

Washington has struggled to implement the plan since it was first introduced in October, when gangs blocked the country’s main fuel terminal and seaports, controlled critical roads and terrorized the capital, Port-au-Prince.

The two-month blockade finally came to an end earlier this month when a powerful gang leader, sanctioned by the United Nations, declared that distributions could resume. But it did even more damage to Haiti and exacerbated the country’s humanitarian crisis as Haitians struggled to get fuel, food or drinking water while dealing with another cholera outbreak.

The government of Haiti and the UN Secretary-General called for a multinational rapid response force – formed outside the United Nations but with Security Council support – to push back against the gangs and create a humanitarian corridor.

ALSO READ  Success or COP-out: how are this year's climate talks scoring?

Yet the United States suggested that another, unidentified country lead the mission, and declined to volunteer. Washington also proposed sanctions and drafted a resolution against gang leaders and their patrons by the UN Security Council.

Canada looked most likely to lead the effort. Secretary of State Antony Blinken visited Ottawa at the end of October and advocated a prominent role for Canada. But with some Haitians in Canada and the United States vociferously criticizing the prospects of foreign boots on Haitian soil, some Canadian officials seem hesitant.

“It’s not enough for the government of Haiti to ask for it,” Trudeau said. “There needs to be a consensus between the political parties in Haiti before we can move forward with more important steps.”

That is quite a task in a country where divisions are deep and the issue of foreign military aid is politicized. Some see the Haitian government’s request as a way of supporting Prime Minister Ariel Henry’s caretaker government, even as they quietly acknowledge that the violence and kidnappings are beyond the capacity of the 12,000-member Haitian police force.

There are more than 100 political parties in Haiti. More than a year and a half after the assassination of the country’s president, Jovenel Moïse, the caretaker government and a coalition made up of civil society and political parties known as the Montana Accord have failed to reach an agreement on governing the crisis-ravaged country.

In its latest communiqué, the Montana Accord criticized a government decision that raised the price of fuel to eliminate $400 million in fuel subsidies, accusing Henry of “asking foreign forces to invade the entire territory of the country.”

“The current prime minister has entered into a dialogue with a group of political actors, but it remains within the framework of a one-man power system and with himself as the sole supreme leader with the right to do and undo without any balance or control. read the Nov. 18 communiqué, adding that the Montana Accord is not involved in the talks, which includes some private sector leaders.

A spokesman for the US National Security Council declined to comment on the timeline of the proposed military resolution.

“Discussions are ongoing with partners about establishing the non-UN mission, and we continue to coordinate with our international partners to support the people of Haiti and address the security and humanitarian situation in the country,” the statement said. NSC spokesperson.

Human rights observers in Haiti warned that, while fuel and food are flowing again from the country’s ports, the crisis is far from over. Kidnappings continue unabated as armed groups continue to expand into new neighborhoods in and outside the capital, burning homes and raping and murdering residents as they seize power.