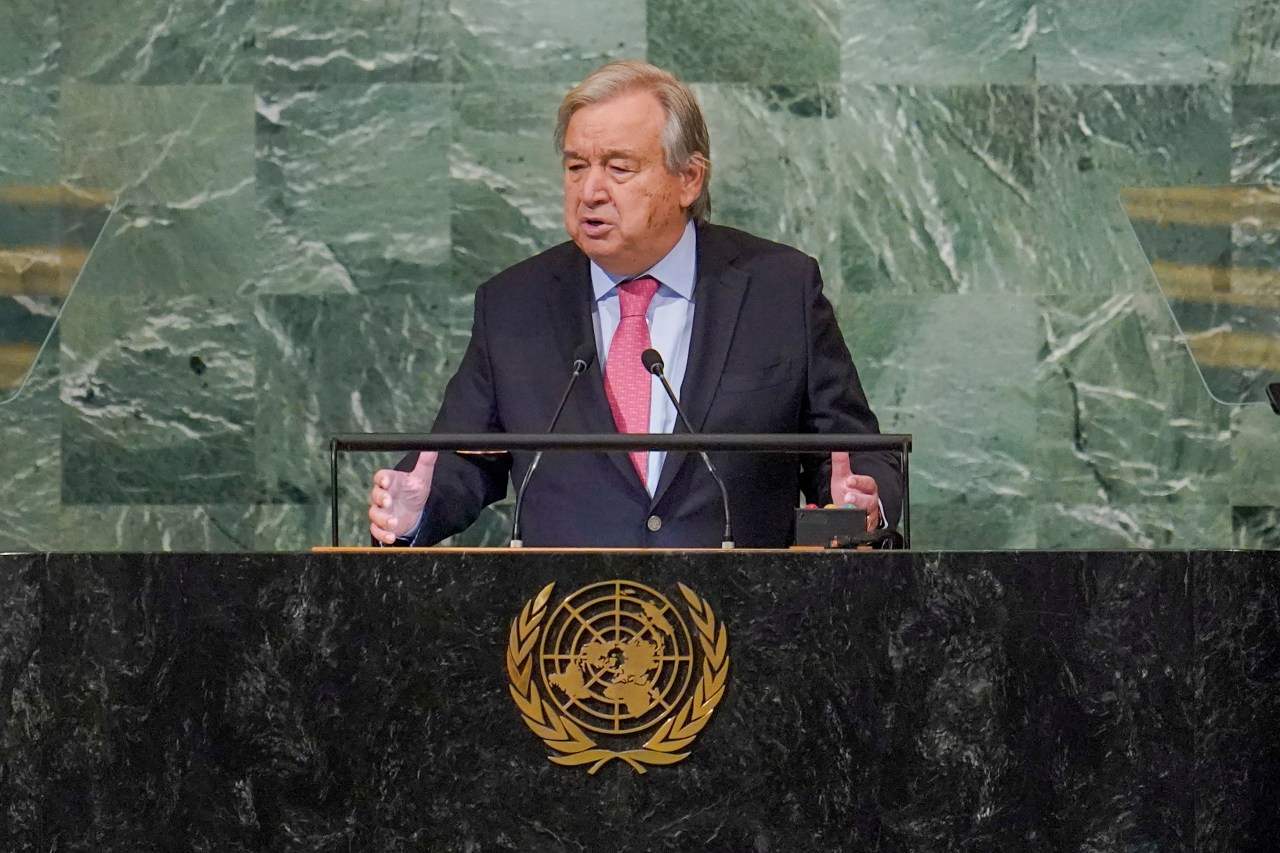 United Nations Secretary-General António Guterres said at the World Economic Forum’s meeting of world and business leaders on Wednesday that the world is in a “sorry state” as it faces challenges ranging from climate change to the war in Ukraine .

“I’m not here to cover up the pitiful state of our world. We cannot face problems unless we look them in the eye. And we are looking into the eye of a Category 5 hurricane,” Guterres told the crowd at the Swiss ski resort of Davos.

Guterres described the “perfect storm” now plaguing the planet, including the economic slowdown and impending recession, global warming and ecosystem collapse, and conflicts such as the war in Ukraine.

The Secretary-General has long sounded the alarm about the deadly climate crisis and the existential threat of nuclear weapons, and his speech at the annual meeting of the World Economic Forum underlined the urgency of the mounting problems that are “piling up like cars in a chain reaction crash.” .”

“Various parts of our planet will be uninhabitable. And for many, it will be a death sentence,” Guterres said of the rapid global warming, deriding Big Oil as a business model that “runs counter to human survival.”

It would be difficult to resolve these divergent crises even in a peaceful and united world, Guterres said, but the world is now facing “the gravest levels of geopolitical division and mistrust in generations,” evidenced not only by Ukraine’s conflict, but also from “the decoupling” of the US and China along the East-West divide.

Ukraine has been a key focus of the Davos talks, and Guterres was not optimistic that an end to the war is in sight, predicting that peace will be difficult to achieve any time soon.

In addition, the international community is still recovering from the COVID-19 pandemic that strained public health and devastated many economies.

“Somehow, after all we’ve endured, we haven’t learned the lessons of the pandemic for global public health. We are far from ready for the coming pandemics,” Guterres said.

opinion | In honor of the political exiles of Russia