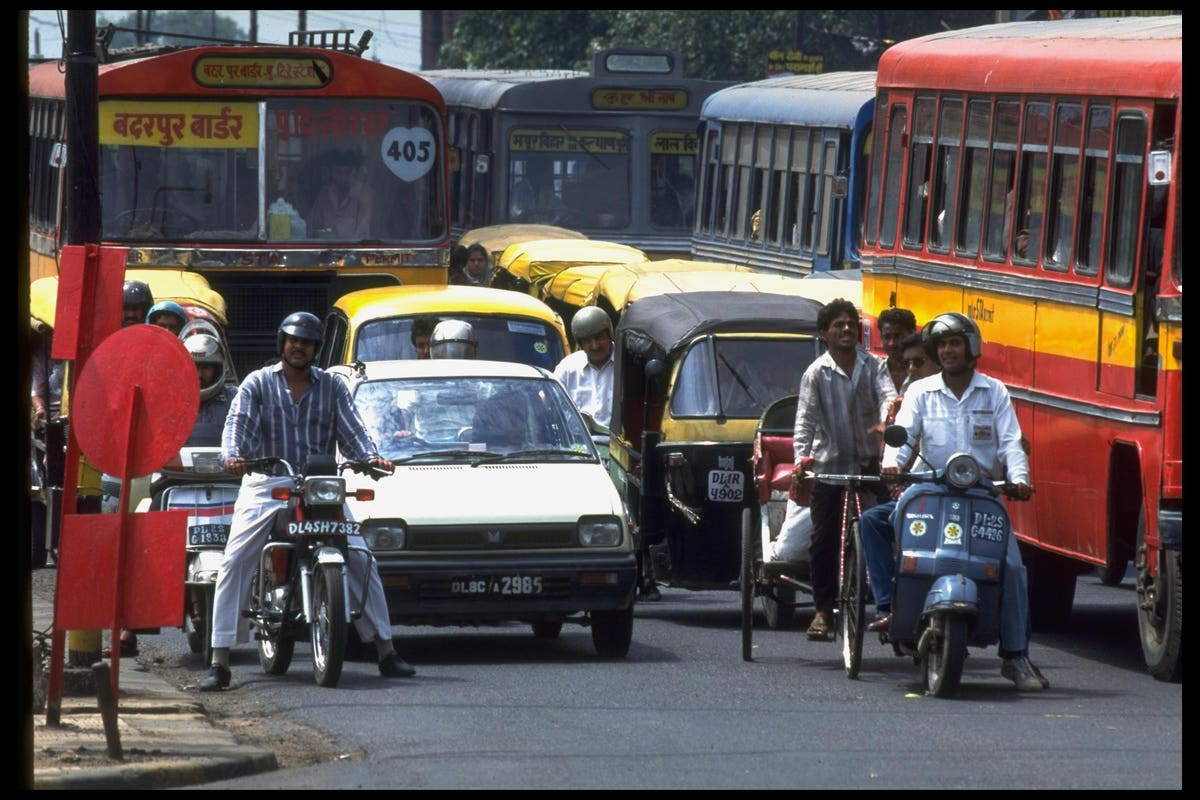 “If we tell people to walk and cycle, and it’s not safe, like in many, many countries and cities, we’re sending people to their deaths.” —Dr. Etienne Krugo

Road accidents worldwide claim about 1.3 million lives every year – more than two per minute and as many as 50 million more are seriously affected by injuries. More than 50 million people have died worldwide since the invention of the automobile.

According to the World Health Organization (WHO), the leading road safety agency, accidents not only cause human suffering, but also impose a heavy financial burden on victims and their families, in the form of treatment costs for injured people and loss of productivity for those who have died or are disabled. at the United Nations.

The tragedies go beyond the personal: they have a serious impact on national economies.

To draw attention to the public health crisis, the Office of the President of the UN General Assembly hosted the first High-Level Meeting on Global Road Safety at UN Headquarters in New York on June 30 and July 1.

Etienne Krug, director of WHO’s Department of Social Determinants of Health, spoke to TBEN about the two-day event to improve security around the world.

The answers from Dr. Krug have been edited for clarity and length.

TBEN: Why does road safety deserve so much attention?

dr. Krugo: Our cities are overwhelmed by our car-based transportation system. It causes deaths, injuries and disabilities, and it causes pollution and traffic jams. It’s not sustainable. We need to move towards more sustainable transport. But to do that, we need to make it safe. Parents must be able to rely on sending their children to school by bicycle, bus or on foot. If we tell people to walk and cycle, and it’s not safe, like in many, many countries and cities, we’re sending people to their deaths.

Road safety is not a new topic. Why this meeting now?

There was a strong sense that this was necessary. There are not many health topics discussed in a high-level meeting in the UN General Assembly. There’s HIV, non-communicable diseases, tuberculosis, and maybe one or two others. Since this is such a multi-sector topic, it made perfect sense to have a high-level meeting. This was also the first time that the Secretary-General of the United Nations came to a UN General Assembly debate on road safety, an important signal of commitment and interest.

What was the main goal?

The aim was to get the highest attention at the national and city level. It was the first international meeting after the Stockholm conference (Global Ministerial Conference on Road Safety in 2020), which had a tremendous amount of energy and a great atmosphere, but we lost some of that during the Covid pandemic. This was an opportunity to regain some of that focus, energy and momentum.

(TBEN: The Declaration of Stockholma series of recommendations to improve road safety around the world was the official outcome of the Global Ministerial Conference on Road Safety in Stockholm in 2020.)

How was the meeting different from others in the past?

This was the first-ever high-level road safety meeting (an official UN term meaning a two-day event at the highest possible level of government) with opportunities for greater discussion, interaction, awareness and engagement than previous UN meetings, usually lasting two hours. We received official statements from nearly 80 Member States, and ministers from very different corners of the world were present, from Argentina to Luxembourg to Sweden. Malaysia was there. We also had keynote speeches, plenary sessions, panel discussions and lots of side events, so there was a lot more interaction.

How would you characterize the current interest in road safety?

It has been a natural progression from near total ignorance of the subject 20 years ago on an international level to a much higher level of attention. Since then, two goals in the UN Sustainable Development Agenda have been devoted to road safety – a first decade of action and a second decade of action – and the realization that being successful at national level requires good coordination of many different ministries: transport health, education and finance at the highest levels of government. If you leave road safety to one ministry, it often doesn’t work because you need all those other parts of the government to participate.

(TBEN: The UN has declared the ten years between 2011-2020 the first Decade of action for road safety, and between 2021 and 2030 as the second decade of action. Both have developed a global plan to help Member States reduce the number of road deaths and serious injuries by at least 50% by taking measures such as improving the design of roads, vehicles and infrastructure, improving laws and enforcement and providing of better emergency aid.)

Did the meeting go as planned?

It has not been a smooth process, as the international political climate is very polarized at the moment. It is therefore not the ideal time to negotiate a political declaration, so we are glad we did. In short, the international community had to unite and based on the importance they wanted to give to this topic, they managed to reach agreement, which in itself is an achievement in the current political climate.

What was the end result?

The formal result was the adoption of a strong political statement. We have full agreement from all Member States for the second decade of action. The question is: how do we translate this global goal into national and local action? To achieve that, each country must set its own goals and develop its own plan by identifying roles and responsibilities in the different parts of governments, civil society and the private sector, and having dedicated funding so that we can can hold on to this. to meet and turn into real action.

A skeptic would say that the goal of the first decade of action, of halving the number of road deaths between 2010 and 2020, has not happened – the number of deaths worldwide has actually increased. Do you think this initiative will make a difference?

I’m sure it will happen. We had relative success with the first decade of action stopping the increase; we now have a plateau in terms of deaths, despite the fact that the population is increasing worldwide and there are more cars on the road. But it’s not enough and we don’t want to be satisfied with just a plateau. We want to see a serious decline.

After the Covid crisis, this was an opportunity to put road safety back in the spotlight. The world faces so many complex problems, but this is a complex problem for which we know the solutions. It’s not like we’re scratching our heads trying to figure out how to make our roads safer. We know what needs to be done but we don’t. It’s a matter of political will to say, “Okay, we’re going to implement these solutions.” A gathering like this helps create momentum, create energy, and cross-fertilize ideas. Many ministers heard from other ministers what they are doing, and there were many side meetings to learn and collaborate. Of course, UN meetings are not enough. They should be followed up with capacity building, financial support, and ongoing reminders and encouragement. But yes, it will make a difference.

You mentioned Bogota, Colombia, which recently halved the number of road deaths in a 10-year period. How did the city do?

In Bogota, the effort was led by the public sector.

What were some other highlights of the meeting?

There was strong support from NGOs, including those from victims, who made passionate pleas, which is always emotional but also motivating. There was a very strong presence of young people who called for their contributions to road safety to be recognized and to play an even greater role in decision-making. I think that’s very important, because traffic accidents are the leading cause of death among young adults. They are the ones likely to drive the modal shift. I see a lot of young people who don’t want to have a car, but who want to use public transport a lot more and cycle and walk a lot more, and I think that will set the tone for the future.

You said a holistic approach is needed to successfully tackle the death toll on the world’s roads. Can individual people help?

We all need to think about the greater good and be aware that our behavior affects both ourselves and others, and through our behavior we can save lives. We can also be a role model for the younger generation, thinking about our modes of transport, to see if cycling or walking or taking public transport is an alternative. We are all satisfied when there are positive results, and we can collectively turn this around. This is one area where we can really do it. It is in the hands of governments, it is in the hands of the private sector, but it is also in our own hands.

Raksha Bandhan 2022: Promises Siblings Should Make To Each Other