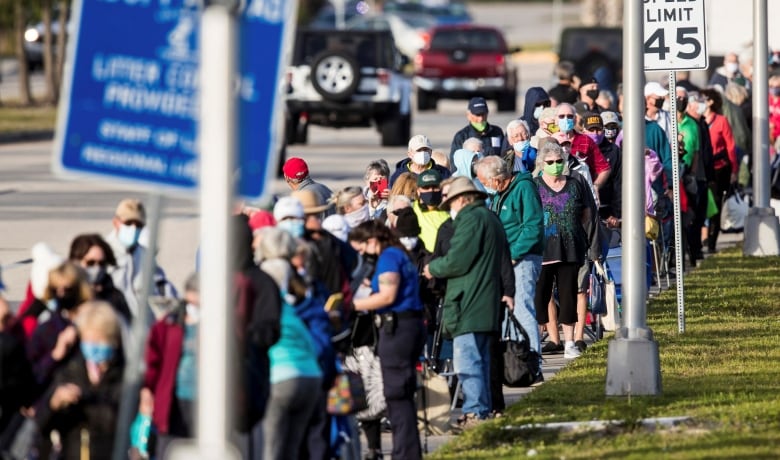 The state’s initial claims for unemployment benefits totaled 965,000 seasonally adjusted people for the week ended Jan. 9, up from 784,000 the week before, the US Department of Labor said Thursday. Economists polled by Reuters had forecast 795,000 candidates last week.

This is the highest number since the end of August. Requests declined over the summer, but have remained above 700,000 since September.

The claims were also likely lifted by new claims for benefits after the government renewed an unemployment supplement of US $ 300 through March 14 as part of additional relief of nearly $ 900 billion approved. at the end of December.

Government-funded programs for the self-employed, small workers, and others who do not qualify for state unemployment programs as well as those who have exhausted their benefits have also been extended.

Authorities in many states have banned indoor dining to slow the spread of the coronavirus. The economy shed jobs in December for the first time in eight months.

The Federal Reserve’s Beige Book report on anecdotal information on business activity gathered from contacts across the country in early January showed Wednesday that “contacts in the leisure and hospitality sectors reported further cuts jobs due to stricter containment measures “.

The central bank also noted that the resurgence of the coronavirus is causing staff shortages in the manufacturing, construction and transportation sectors.

Most infections from all countries

The virus has infected more than 22.5 million people in the United States and killed more than 376,188, most of all countries. More than 4,300 deaths were reported Tuesday, a record.

Although jobless claims fell from a record 6.867 million in March, they remain above their peak of 665,000 during the great recession of 2007-09. Economists say it could take several years for the job market to recover from the pandemic.

“While the economic outlook for the end of 2021 is optimistic, the recovery in the labor market has taken a step backwards,” said Nancy Vanden Houten, economist at Oxford Economics, “and we expect the claims to remain high, with the risk of increasing levels from last week. “

Applications for aid last week may have been high in part because state employment offices were closed during the holidays, forcing some unemployed people to wait until last week to apply.

In addition to the first claims for unemployment assistance last week, the government said Thursday that 5.3 million Americans continue to receive state unemployment benefits, up from 5.1 million the previous week. This suggests that fewer unemployed people find jobs.

About 11.6 million people received unemployment assistance from two federal programs in the week ending December 26, the latest period for which data is available. One of these programs offers extended benefits to people who have exhausted their state aid. The other provides benefits to self-employed and contract workers.

These two programs had expired towards the end of December. They were renewed late, until mid-March, in the $ 900 billion rescue package that Congress approved and President Donald Trump signed on to. This law also provided for relief checks of $ 600 for most adults and an additional unemployment benefit of $ 300 per week. Democrats in Congress are in favor of increasing checks to $ 2,000 and extending federal aid beyond March, as is President-elect Joe Biden.

The weakness in the US labor market was painfully highlighted in the December jobs report released by the government last week. Employers have cut jobs for the first time since April as the pandemic tightens its grip on consumers and businesses.

The numbers also portrayed a very uneven labor market: last month’s losses were concentrated in restaurants, bars, hotels and places of entertainment. Educational services, mainly colleges and universities, also reduced the number of workers in December. As are film and music studios.

Most of the other major industries, however, reported job gains. Many economists expected last spring that the job losses would spread to more industries. Although all sectors of the economy initially laid off workers, most of them avoided deep job cuts. Manufacturing, construction, and professional services like engineering and architecture, for example, all created jobs in December.

At the same time, many companies seem reluctant to significantly increase recruitments. A government report on Tuesday showed employers announced fewer vacancies in November than in October. The decline, although small, was widespread in most industries.