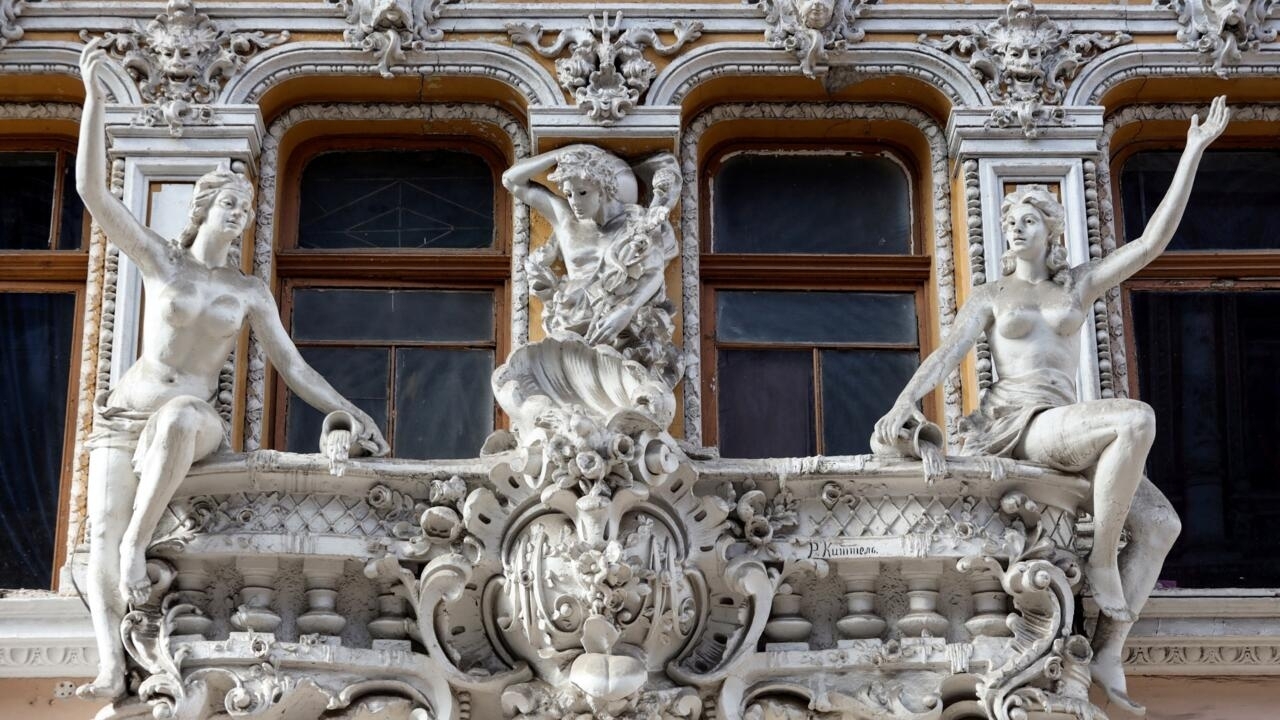 The United Nations cultural agency UNESCO said Wednesday it has designated the historic center of Odessa, a strategic port city on Ukraine’s Black Sea coast, as a World Heritage Site in danger.

The status, awarded by a UNESCO panel meeting in Paris, is intended to help protect Odessa’s cultural heritage, threatened since the Russian invasion of Ukraine, and allow access to financial and technical international aid.

Odessa has been bombed by Russia several times since the invasion of Ukraine on February 24, 2022.

In July 2022, part of the large glass roof and windows of the Museum of Fine Arts in Odessa, inaugurated in 1899, were destroyed.

In a statement, Audrey Azoulay, Director General of UNESCO, said Odessa, “free city, world city, legendary port”, has left its mark on cinema, literature and art and has therefore been “placed under the enhanced protection of the international community” . The city is often described as the ‘pearl of the Black Sea’

“As the war continues, this inscription reflects our collective determination to protect this city from greater destruction,” Azoulay said in a statement.

Ukraine’s First Lady Olena Zelenska has campaigned hard for this decision, saying in September: “I also hope that our friends in the EU will contribute to an important step: adding the historic center of Odessa to the UNESCO World Heritage List. . .. Our cities and our people deserve global recognition.”

Earlier on Wednesday, UNESCO added the monuments of the ancient kingdom of Saba, Marib in Yemen and Rachid Karami International Fair-Tripoli in Lebanon to its list of World Heritage in Danger sites.

Since the beginning of the war, UNESCO has taken emergency measures for Ukraine under its mandate for education, culture, science, information and communication.

Russia tried to block the move

However, the debate on Odessa lasted for hours as Russia unsuccessfully tried to postpone the vote.

Founded in the last years of the 18th century near the site of a captured Ottoman fortress, Odessa’s location on the shores of the Black Sea made it one of the most important ports in the Russian Empire.

Its status as a trading center brought with it considerable wealth and made it one of the most cosmopolitan cities in Eastern Europe.

Among the city’s most famous historical landmarks are the Odessa Opera House, which became a symbol of resilience when it reopened in June 2022, and the giant staircase to the harbor, immortalized in Sergei Eisenstein’s 1925 silent film Battleship Potemkin.

Before the invasion of Russia, Odessa was one of the main tourist attractions of Ukraine. War changed all that, as the Black Sea became a battlefield. Sea mines still occasionally wash up near the city’s shoreline.

Ukraine is home to seven World Heritage Sites, including St. Sophia Cathedral and related monastic buildings in the capital, Kiev.

Under the 1972 UNESCO Convention, ratified by both Ukraine and Russia, signatories commit to “assisting in the protection of the listed sites” and are “obliged to refrain from taking any deliberate action” that could damage World Heritage Sites .

To date, none of the six cultural sites have been damaged by the war — the seventh site is ancient and primeval beech forests, according to UNESCO. Some damage was noted to more than 230 cultural buildings in the country, it added.

On its website, UNESCO describes Odessa as the only city in Ukraine to fully preserve the urban structure of a multinational southern port city typical of the late 18th-19th centuries.