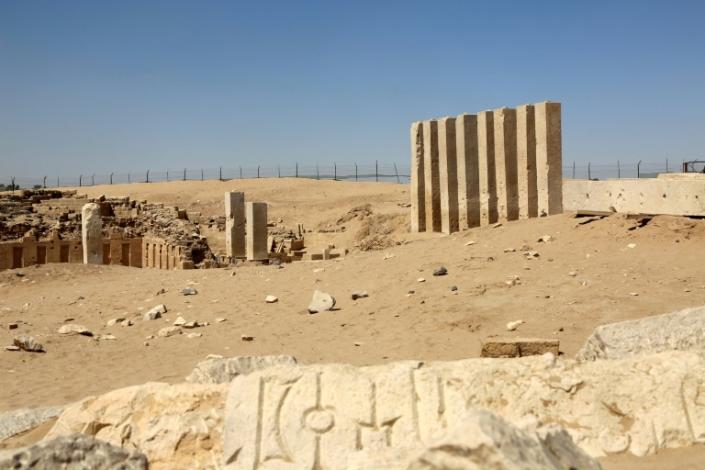 The United Nations on Wednesday listed an ancient city and its dam in war-torn Yemen and a futuristic park in impoverished Lebanon as World Heritage Sites.

The UN cultural agency has placed both on its World Heritage List in danger, the first because of the conflict that has raged in Yemen since 2014, and the second because of “the alarming state of conservation” and Lebanon’s lack of resources to preserve it. hold.

Seven archaeological sites have been added in Yemen’s Marib province as they testify to the achievements of the Saba kingdom from the first millennium B.C. to the arrival of Islam around 630, according to UNESCO.

Known for the legendary Queen of Sheba, the kingdom controlled much of the incense route across the Arabian Peninsula at the time.

The newly classified sites include the ancient city of Marib, two temples and the remains of the city’s ancient dam, a feat of ancient hydrological engineering whose bursting is mentioned in the Quran.

The UN body said it hoped the decision would help “mobilize the entire international community for the protection of sites”.

The concrete park, a short walk from the coast, was designed by legendary Brazilian architect Oscar Niemeyer, but activists have warned it was in danger of crumbling into ruin in recent years.

“The fair was the flagship project of Lebanese modernization policy in the 1960s,” said UNESCO, describing it as “one of the most important representative works of 20th century modern architecture” in the region.

Its registration as an endangered World Heritage Site “opens access to enhanced international assistance” to preserve it.

Lebanese Prime Minister Najib Mikati, who hails from the city, hailed the decision as “a great achievement for Lebanon and Lebanese, especially for the city of Tripoli”.

Activists had hoped for a UNESCO listing to pave the way for donor funding to save the park, in a country that has been embroiled in one of the worst financial crises in recent history since 2019.

As earthquakes wreak havoc in Turkey, take a look at some of the world’s deadliest earthquakes since 2000