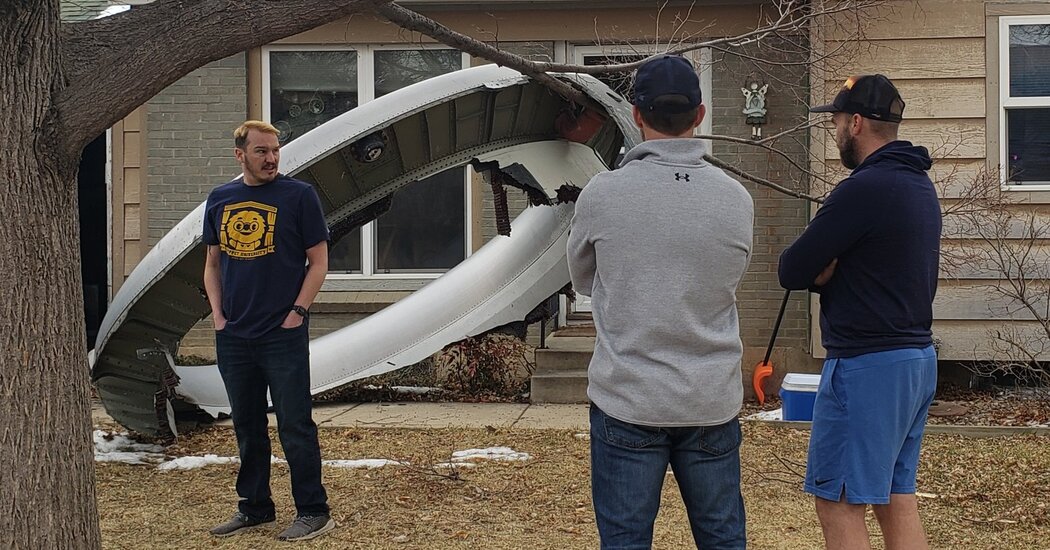 A United Airlines flight with 240 people on board developed an “engine problem” over a suburb of Boulder, Colorado on Saturday afternoon, dumping debris in three neighborhoods before landing safely in Denver, the authorities said.

No injuries were reported, officials said.

Flight 328 took off from Denver International Airport at 12:15 p.m. local time and reported problems with its engines, said Alex Renteria, an airport spokeswoman.

Police in Broomfield, Colo., About 15 miles southeast of Boulder, said unspecified pieces of the plane fell in three neighborhoods around 1:08 p.m. local time.

Rebecca Schulte, a resident, said she saw two rooms that fell a few houses away from her home. She describes hearing a “soft sound” which she likened to an empty dump truck passing over a pothole, then heard sirens.

When she investigated further, she said, she found a “large metal ring” that landed on the steps of a nearby house, hitting the handrail.

“How the house failed is beyond me,” she said. She said the metal ring was about 10 feet in diameter.

A United press representative did not immediately respond to a request for comment on Saturday afternoon.

Ms Renteria said the flight was bound for Honolulu when the engine problem occurred.

ALSO READ  What Can You Safely Do After Getting Vaccinated For COVID?