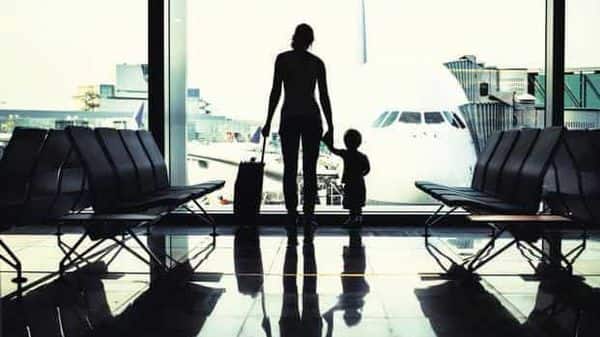 The exceptions were outlined as the administration provided new details on its plans to reopen international travel amid the pandemic, following pressure from European officials and major airlines. The administration said in September that new vaccination requirements for foreign nationals would replace a series of limits on travel from Europe, China, Iran, Brazil, South Africa and India. .

The administration said on Monday that vaccination requirements for foreign air travelers, which take effect next month, will allow exceptions for children under the age of 18, people participating in certain clinical vaccine trials, people with medical contraindications to vaccines and people with a federal letter. claiming that they are traveling for emergency or humanitarian reasons.

Exceptions will also be made for people traveling on non-tourist visas from countries that the Centers for Disease Control and Prevention says have low vaccine availability.

A senior administration official said people from countries considered by the World Health Organization to have fully immunized less than 10% of their population would be eligible for the exemption, if they are traveling for a compelling reason. About fifty countries still have to vaccinate 10% of their population, according to the WHO, most of them in Africa and the Middle East.

Those exempted will generally need to certify that they will comply with public health requirements which include, with few exceptions, a requirement to be vaccinated in the United States if they plan to stay longer than 60 days.

The United States has said the new vaccination requirements will replace travel bans that began in January 2020, when former President Donald Trump imposed restrictions on non-U.S. Citizens from China. The ban on air travel was extended to other countries, including Europe, Iran and Brazil, and later South Africa and India.

For people from countries that had been banned, the new vaccination requirements will reopen travel for the first time in more than a year and a half in some cases. The policy could also restrict travel from other countries that had not been subject to many restrictions before.

Under this change, foreign nationals wishing to travel to the United States will be required to show proof of vaccination, as well as a negative test for Covid-19 taken within three days of departure. Digital certificates will be accepted. Children aged 2 to 17 will be included in the test requirements for foreign travelers.

Vaccination requirements do not apply to Americans returning from overseas, but some will be subject to more stringent testing requirements from early November. Unvaccinated Americans returning to the country will be required to show proof of a negative Covid-19 test within one day of their trip, the administration said last month. Previously, all travelers were required to produce a negative viral test result within three days of their trip to the United States, and that deadline will remain in effect for Americans who have been vaccinated.

The Biden administration also plans to ease Covid-19 travel restrictions on land border crossings from Canada and Mexico and will require foreign nationals traveling these routes to the United States for non-essential reasons to present a proof of vaccination from November. The administration said more details would be available soon.

New air travel requirements rely on airlines for surveillance and tracking of travelers. Under a mandate from the CDC, airlines serving the United States will be required to keep information on how to contact travelers and provide the data to the agency if necessary.

Airlines should match name and date of birth to confirm that the passenger is the same person reflected on proof of vaccination, and to determine that the record was issued from an official source. They will also need to review passenger information to ensure it meets the CDC’s definition for a full vaccination.

Major airlines had resisted contact tracing demands in the early months of the pandemic, but in the months that followed several took steps to collect more contact information from customers on a voluntary basis. .

Delta Air Lines Inc.’s bookings from Europe are six times higher in November and December than they were before the announcement of the easing of restrictions, said Delta Chairman Glen Hauenstein, earlier this month. United Airlines Holdings Inc. said bookings from international agencies rose 35% from 2019 levels after the White House announcement.

The CDC has previously said vaccines licensed or approved by the Food and Drug Administration or listed for emergency use by the World Health Organization would meet criteria for travel to the United States. This would include the vaccines from Pfizer Inc.-BioNTech SE, Moderna Inc. and Johnson & Johnson which are used in the United States; the Oxford-AstraZeneca vaccine; and the Chinese vaccines Sinopharm and Sinovac. The Russian Sputnik V vaccine has not yet been authorized or approved by the FDA or WHO.

The CDC also said in guidelines earlier this month that it would accept mixed dose combinations of two different vaccines for air travelers.

Russia, India and China must work together to ensure aid gets to Afghanistan

The Bharat Express News - November 27, 2021 0
Mauritius will suspend all flights from South Africa, Botswana, Zimbabwe and Lesotho from Monday to December...