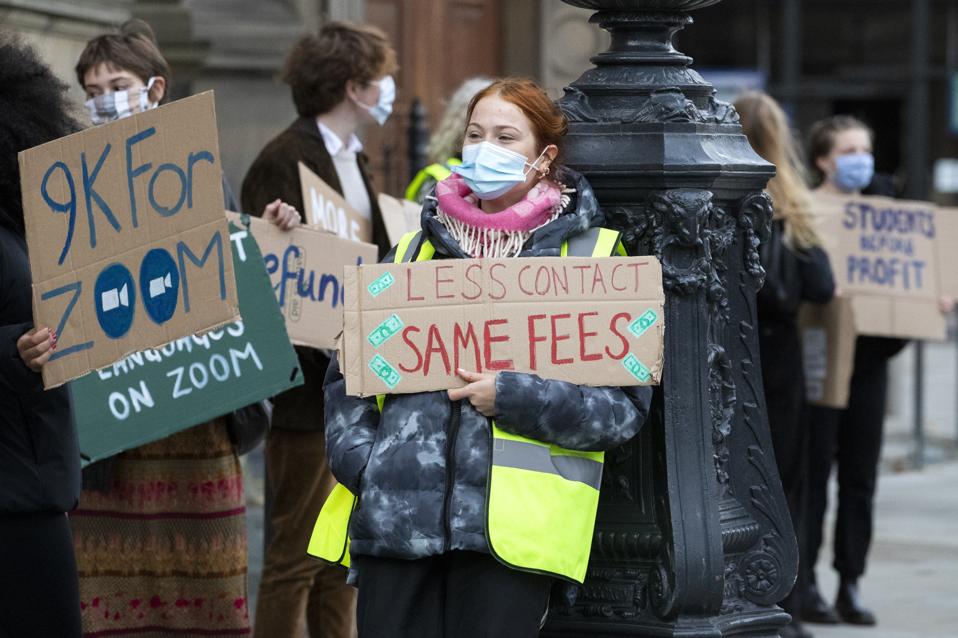 Universities should offer students tuition reimbursement if their education has failed due to the coronavirus pandemic, according to a higher education watchdog.

Students around the world have seen their education halted following repeated lockdowns.

While many universities have moved quickly to distance education, many students still feel that they miss out on face-to-face teaching or the opportunity for hands-on hands-on learning.

And today the UK university watchdog called on universities to determine whether they delivered the education they promised – and to reimburse tuition fees where they fell short.

UK universities can charge up to £ 9,250 ($ 12,650) per year in tuition fees, but many students were forced to leave campus at the start of last semester, and the latest government guidelines are that teaching opposite face to face for most students will not resume until the middle. next month at the earliest.

Although the Students’ Office (OfS) does not have the power to force universities to offer refunds, its intervention adds to the pressure on universities to reimburse students who have lost due to the pandemic.

In today’s letter to universities, OfS urged higher education providers to check whether they have met the commitments they have made to students regarding the education they might expect this year. year and any alternative arrangements that would be in place.

The letter asks universities if they were clear enough about how education would be delivered and whether students received the education they were promised.

Universities have also been asked to consider whether their plans for the remainder of the academic year ensure that students receive the education and assessment they are promised.

The OfS said a number of students had heard that universities were not always clear on what was promised and did not always keep their promises.

Where universities have not been successful, universities should take corrective action, such as arranging additional classes, repeating parts of the course, or reimbursing tuition fees, the OfS said.

But even when their ability to meet their commitments has been hampered by events beyond their control, they should offer alternatives or consider repaying, she said.

Universities should also consider reimbursing accommodation costs, where students have been asked not to return to university halls, she added.

Universities face increasing pressure to offer reimbursements to students affected by the pandemic.

A quarter of a million people signed a petition in the House of Commons late last year calling on universities to partially reimburse tuition fees.

Over the summer, the government actively encouraged students to return to universities, in the hope of receiving face-to-face education, while universities that were developing online-only education plans were forced to backtrack in the face of criticism.

The government has now washed its hands of the issue, saying students should complain to the higher education adjudicator if reimbursement claims fall on deaf ears.

But the Union of Universities and Colleges (UCU), which represents many higher education staff, said the government should cover the costs of any reimbursements, as well as any additional education provided.

The government should seriously consider how it can support students and universities affected by the pandemic, Alistair Jarvis, CEO of Universities UK, told The Guardian last week.

What a district did to prevent students from failing