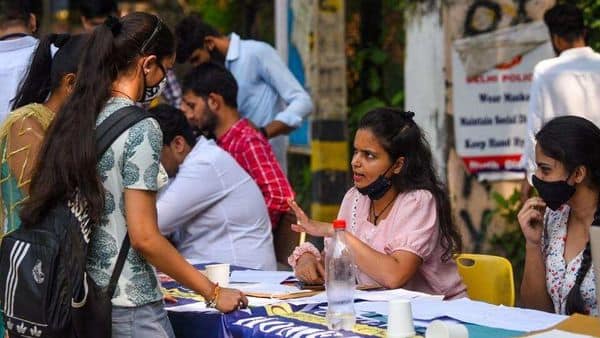 More than 13,000 students have been granted admission under the second selection list at the University of Delhi, while more than 1.15 lakh of applications have been received so far, according to official data.

No less than 36,130 students were admitted to the first list, filling just over half of the 70,000 undergraduate places on offer.

According to data shared by the university, 13,552 students paid the fees while 7,245 applications were approved by principals.

The university has received a total of 1,15,490 applications since the admission process began on October 4 as part of the first shortlist.

According to Dr Babli Moitra Saraf, Director of Indraprastha College For Women, they will likely fill most of the unreserved places in several courses, while BA (Honors) Sanskrit will likely remain open in the third list.

The college has occupied almost half of the more than 1,300 seats on the first list, while the total number has now risen to 900.

At Rajdhani College, 788 admissions took place under both lists, of which 565 were approved under the second list by the principal.

The Bharat Express News - October 21, 2021 0
Bullish sentiment is at its peak in the cryptocurrency market on October 20, as Bitcoin's (BTC) surge to a new all-time high at $...