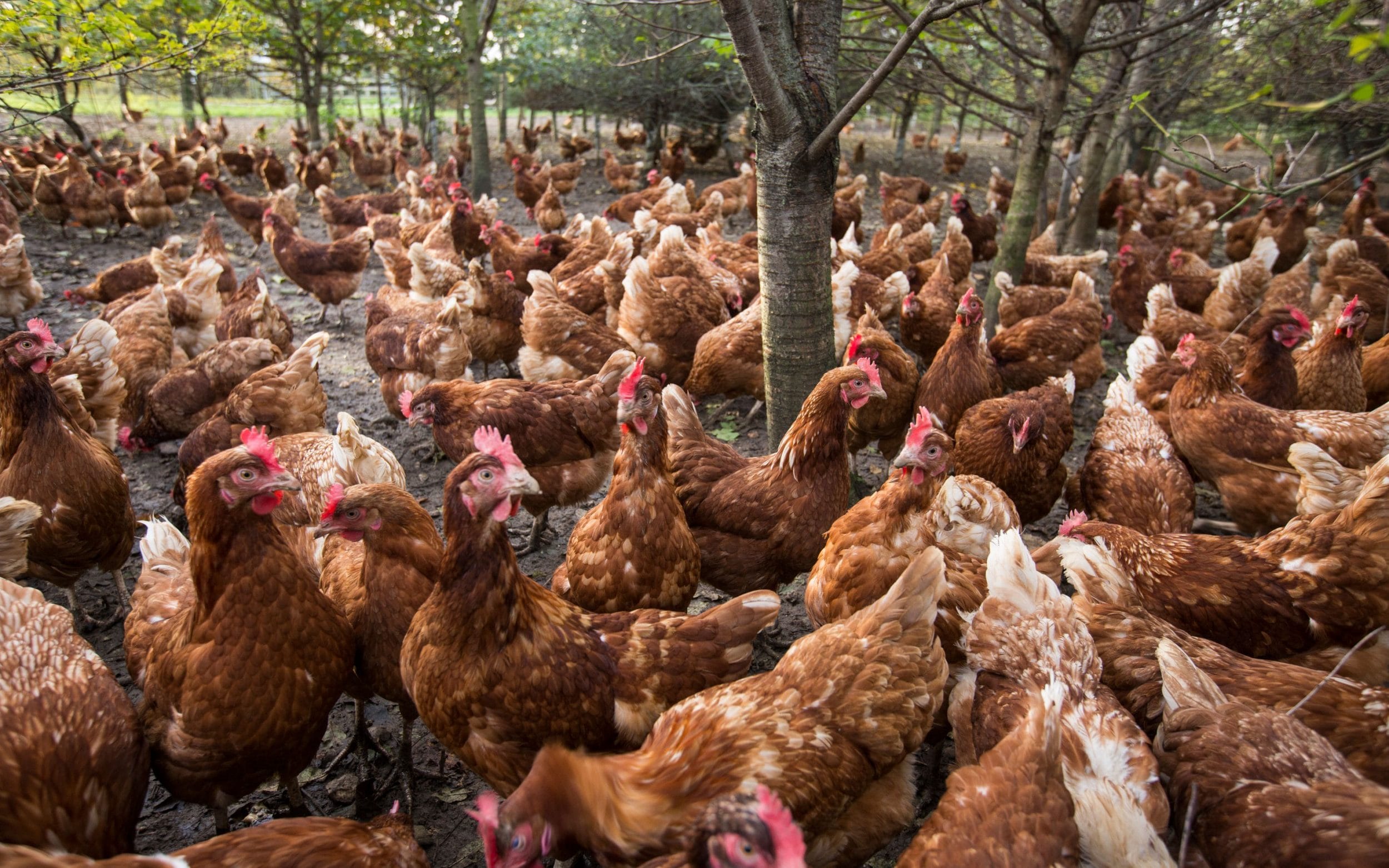 “This is a devastating situation from a market and supply perspective,” said Kathleen Liang, director of the Center for Environmental Farming Systems in North Carolina.

“Remember, the chicken and the egg come…the costs of both have definitely risen due to avian flu, exacerbated by inflation and import/export challenges,” she added. “Bird flu is one of a combination of factors that causes food insecurity.”

In the UK, which was also hit by an “unprecedented” bird flu season, some restrictions protecting poultry and captive birds were lifted in May, but an Avian Influenza Prevention Zone remains in effect – meaning bird keepers must follow strict biosecurity measures.

Professor Munir Iqbal, head of the Avian Influenza Virus group at the Pirbright Institute in Surrey, told the Telegraph that the risk to agriculture remains high due to its continued spread in wild populations.

For example, according to the National Trust, at least 3,000 birds have died on the Farne Islands off the coast of Northumbria, in the worst disaster to hit the colonies in nearly 100 years. Meanwhile, the Scottish government agency NatureScot has advised 23 islands to hold off visitors to limit the spread of bird flu.

“Farmers are constantly threatened by a disease outbreak at any time,” says Prof. Iqbal. “Even during the summer months, outbreaks with H5N1 [bird flu] be reported… [which means] that the virus is prevalent in wild birds and is spread among poultry.”

“Production costs are rising due to both disease outbreaks and feed prices, [which affects] farmers’ livelihoods and affordability for customers,” he added. “The price of both poultry meat and eggs has risen significantly in the UK and other countries.”

Prof Iqbal said the problem is unlikely to go away any time soon, and there are mounting fears about what the next flu season could look like.

“[This has been an] an unprecedented season for the level of bird flu infection,” said Dr. Christine Middlemiss, the British veterinary officer, told TBEN Radio Four on Tuesday. “We’re really concerned about what the next fall-winter season will bring when the migratory birds return.”

A spokesperson for Defra added: “To date, 2.75 million birds have been culled in the UK, a small proportion of the 20 million birds produced each week by the poultry industry. The UK is experiencing the largest avian flu outbreak ever, and our teams are working around the clock to support poultry farmers affected by this terrible disease.”

‘These problems won’t go away’

Grady Ferguson, a senior research analyst at the data consultancy Gro Intelligence, said that while the number of new cases has declined, the losses “will continue to affect the industry, possibly for years, as did the losses of 50 million birds in the US in 2014-15” . .

“That was the worst animal health disaster in US history,” he said. “The US has lost 40 million so far this year. More losses could start in the fall as migratory birds – a big conjecture [bird flu] spreader – go south for the winter.”

It’s not clear what caused the current rise, but experts say the magnitude of the rise means it’s unlikely to reflect better surveillance, especially in poultry, where diseases have always been closely monitored.

Instead, factors such as a more transmissible strain, changing migration patterns, increasing contact between free-range poultry and wild birds, climate change or an unexpected “influenza epizootic” have been discussed.

Internationally, other diseases also threaten food security. African swine fever, a highly contagious viral disease that has devastated the pork trade in China, continues to spread worldwide. According to the WOAH, nearly 80,000 cases have been identified in farmed and wild pigs since January.

Meanwhile, Indonesia has been hit by a new outbreak of foot-and-mouth disease, with more than 55,000 head of cattle in 23 of the archipelago’s 37 provinces infected with the disease on Tuesday, according to government data. Livestock countries, including Australia and New Zealand, have raised their vigilance after cases were found in the tourist hotspot of Bali.

“These problems will not go away,” Professor Liang said. “We need to improve our understanding of viruses and better protect our livestock and wildlife…to improve food security.”