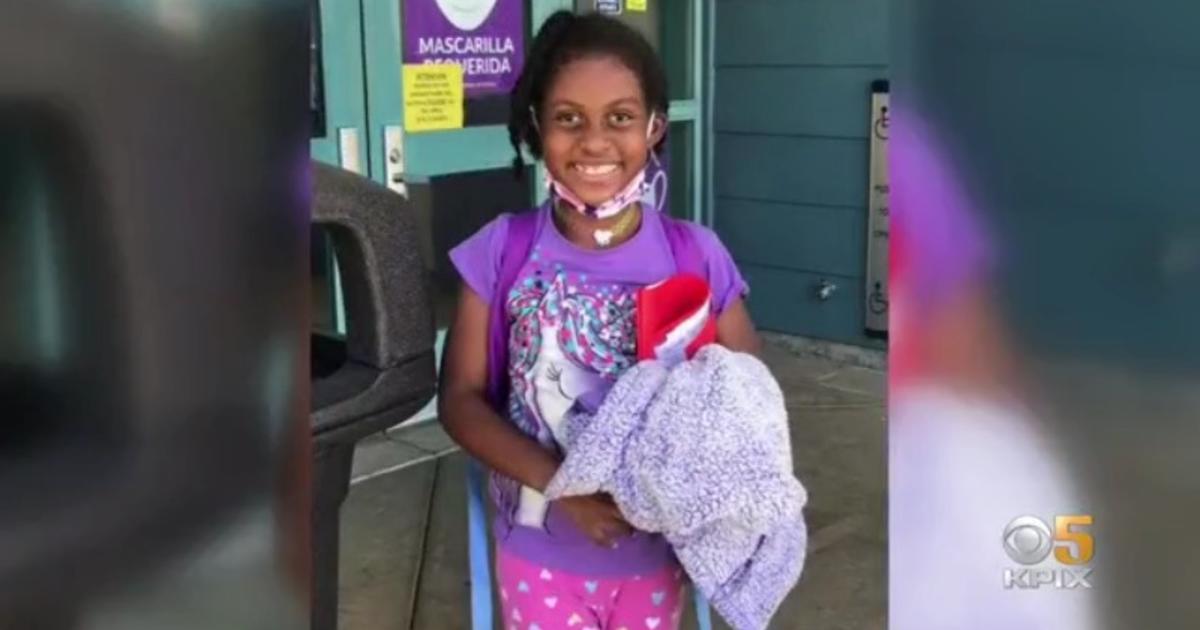 After a statewide search, 34-year-old Dhante Jackson was arrested Saturday for alleged assault and murder of 8-year-old Sophia Mason. He had been on the run for six months.

Mason was found dead in a bathtub in March after police searched his home in Merced. According to police, relatives had said the girl was last seen in December.

Her mother and Jackson’s friend, Samantha Johnson, was arrested in March and charged with murder and child abuse. She is in custody in Dublin on previous child abuse charges as of 2021.

Police said the three women were charged with complicity in murder after providing Jackson “money, shelter and transportation.”

Merced Police Department Lieutenant Joe Perez said detectives tracked Jackson’s movements from Merced to the Bay Area, to Southern California, and back to the Bay Area.

During the investigation, more than 20 search warrants were issued and hundreds of hours were spent analyzing electronic forensic data to trace Jackson from location to location.

Perez also gave some of what he described as “horrifying details” of the case that detectives uncovered during their investigation.

Perez noted that Sophia had been dead in the residence for over a month when her body was found.

In addition to evidence of continued physical abuse, police said Sophia was malnourished and forced to live in a backyard shed and closet in the home where she was found.

“In my 20 years with law enforcement, this case is the most horrific and disturbing I’ve seen,” Perez said. “To know what that poor little angel has been through through pure evil breaks my heart.”

The cousin of an 8-year-old Hayward girl who was found murdered and abused spoke out Saturday night about the arrest of a suspect in her case.

“I couldn’t believe it. It feels like it took a long time, but I’m so glad they finally have it,” said Melanie Verlatti, Mason’s niece.

“Just knowing he was picked up in Newark, which ironically Samantha was also picked up in Newark when they got her,” Verlatti added. “So I don’t know if it was about the same circumstances that there was a prostitution gang going on or something, but I know they’re going to him and he got a million dollar bail.”

Huge credit goes to our police department and task force, who have worked tirelessly and devoted enormous resources to investigating the case and now locating Mr. jackson. Now the matter is in the hands of our legal system, and we must let the judicial process proceed and trust that it will lead to a just outcome.

Hayward Police said in a statement to KPIX 5:

While the case is still under investigation, we would like to express our sincere thanks to the Merced Police Department and the California Department of Justice for their tireless work in bringing this tragic incident one step closer to justice. Our hearts and thoughts remain with little Sophia’s family and loved ones; we can’t imagine your pain as you continue to mourn her loss.

“Our children must be protected from violence and we must do everything we can to protect them. I want to thank the members of my team and our law enforcement partners in Merced for their work on this very difficult case, and I hope it provides some benchmark … a comfort to those who loved this young girl to know that those accused of her murder must now face these charges,” Bonta said.

Verlatti described Mason as a bubbly and playful girl who adored her adoptive grandmother, Sylvia Johnson. She has raised Mason for most of her life.

“While we can’t get Sophia back, I feel like getting Dhante is one piece of the puzzle that will help close this case and at least give us as a family a solution, hoping he’s honest and at least tell the truth this point,” said Verlatti.

“Let this be a lesson that she is not alone. We are sure that there are more children who are trapped in a system and not being properly taken care of. It should not have come to this and we don’t want to that in the future it will come to that for another child,” said Verlatti. “So if you see or know something that is not right and a child is not being looked after properly, please, please tell the authorities and do it repeatedly.”

Betty Yu joined KPIX 5 in November 2013 as a general assignment reporter. She spent two years at Miami’s NBC station WTVJ as a reporter before moving to San Francisco.

The British stole their land to grow tea. They want justice.