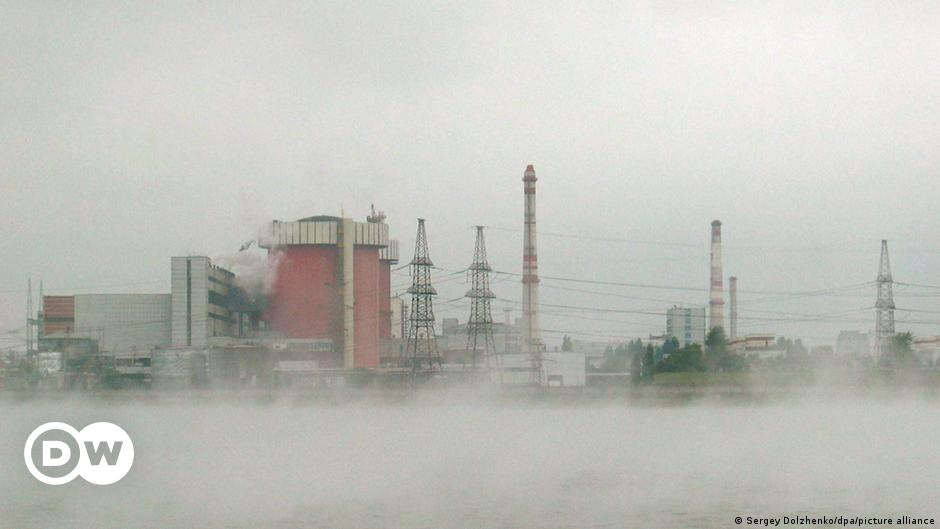 An explosion occurred 300 meters (320 yards) away from the reactors just after midnight, Energoatom said.

The company posted photos of an impact crater on social media, including one showing a man standing inside the crater to get an idea of ​​its size.

“Currently, all three powerplants of the PNPP (Pivdennoukrainsk Nuclear Power Plant) are working normally,” Energoatom said. “Fortunately, there were no casualties among the station staff.”

However, the attack did damage energy buildings in the power plant complex and transmission lines for a nearby hydroelectric plant.

“The invaders wanted to fire again, but they forgot what a nuclear power plant is,” Zelenskyy said in a social media post. “Russia is endangering the whole world. We must stop it before it is too late.”

Russian authorities have not yet responded to the allegations.

The explosion at the Pivdennoukrainsk nuclear power plant comes after the Zaporizhzhya nuclear power plant, further east, was shut down earlier this month due to Russian shelling, raising concerns about a possible nuclear disaster. That facility is now under Russian control.

From Monday, the Baltic countries of Estonia, Latvia and Lithuania, as well as Poland, will impose a temporary joint ban on Russian citizens who want to cross the border into the EU.

The four countries no longer allow Russian citizens with a Schengen visa to enter their territory for tourist, business, sporting or cultural purposes.

However, there will be exceptions for Russians already living permanently in one of the four countries, as well as for political dissidents and humanitarian affairs.

“We must use all the tools in the toolbox to make Russia stop this war,” Estonian Prime Minister Kaja Kallas said on Saturday.

Russia has likely lost at least four fighter jets in Ukraine in the past 10 days, Britain’s Defense Ministry said in an intelligence update on Monday.

ALSO READ  Talking about Europe - 'We need to strengthen security' after damage to the Nord Stream pipeline: Gentiloni. of the EU

That would bring Russia’s total hull losses to 55 since the invasion of Ukraine began in late February. British intelligence says Russia’s lack of air superiority has been a major weakness in its invasion strategy so far.

“There is a real possibility that this increase in losses is partly due to the Russian Air Force taking on greater risks as it tries to provide close support to Russian ground forces under pressure from the Ukrainian advance,” the British Ministry of Foreign Affairs said. Defence.

“The situational awareness of Russian pilots is often poor; there is a realistic possibility that some aircraft have wandered over enemy territory and into denser air defense zones as the front lines have moved rapidly,” it added.