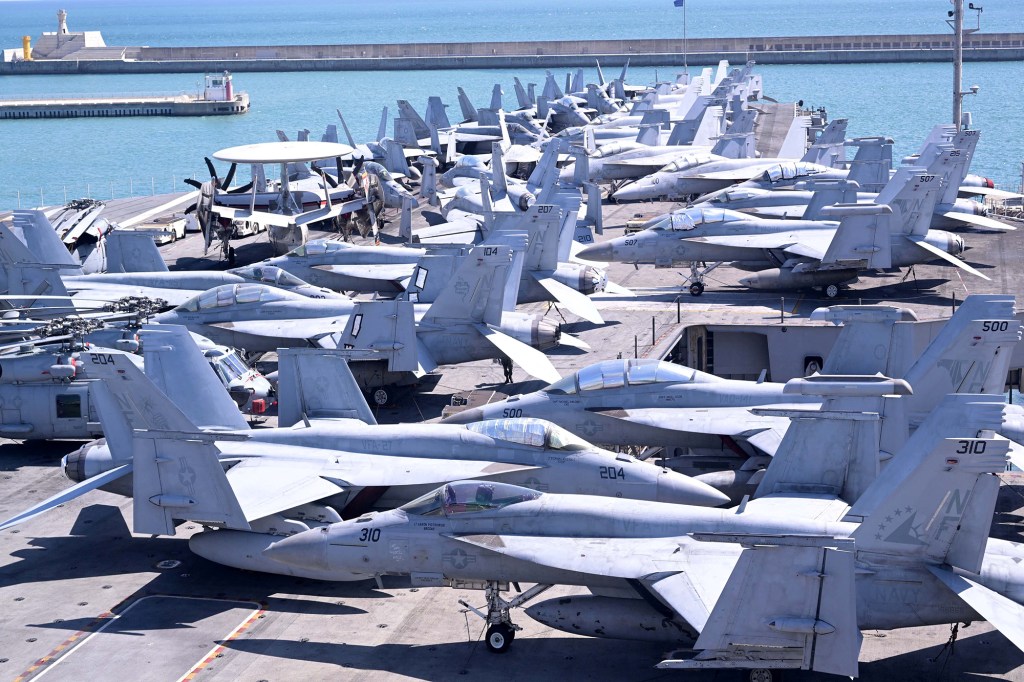 A US aircraft carrier arrived in South Korea for the first time in about four years on Friday, which will join other military ships in a show of force intended to send a message to North Korea, officials said.

USS Ronald Reagan and ships of its strike group docked at a naval base in the southern port city of Busan.

The arrival marks the most significant commitment to date under a new impetus to operate more US “strategic assets” in the area to deter North Korea.

Commander of the assault group, Admiral Michael Donnelly, told reporters aboard the ship that the visit was long-planned and intended to build relationships with South Korean allies and increase interoperability between the navies.

“We’re leaving messaging to diplomats,” he said, when asked about a signal to North Korea, but added that joint exercises were designed to ensure the allies could respond to threats anywhere, anytime.

“It’s an opportunity for us to practice tactics and operations,” Donnelly said.

South Korean President Yoon Suk-yeol has pushed for more joint exercises and other displays of military might as a warning to North Korea, which has conducted a record number of missile tests this year after talks failed to convince the country to end. developing nuclear weapons and missiles. .

Observers say Pyongyang also appears to be preparing to resume nuclear testing for the first time since 2017.

North Korea has denounced past US military deployment and joint exercises as rehearsals for war and evidence of hostile policies by Washington and Seoul.

The visit marks the first visit to South Korea by a US aircraft carrier since 2018. That year, the Allies scaled back much of their joint military activities amid diplomatic efforts to engage with North Korea, but those talks have since stalled. , and Pyongyang this month unveiled an updated law codifying the right to carry out nuclear strikes on first use to protect itself.

Questions have been raised about the role the approximately 28,500 US troops stationed in South Korea could play if conflict erupts over Taiwan.

Donnelly said such questions are above him for policymakers, but said working with like-minded allies like South Korea is an important part of the US Navy’s effort to maintain regional security and stability that has existed for more than seven decades.

Officials declined to give details of upcoming joint exercises, but said the carrier would be in port for “several days” while the crew would visit Busan. Just hours after the ship docked, long lines of crew members formed as they took COVID-19 tests before being taken to the city by bus.