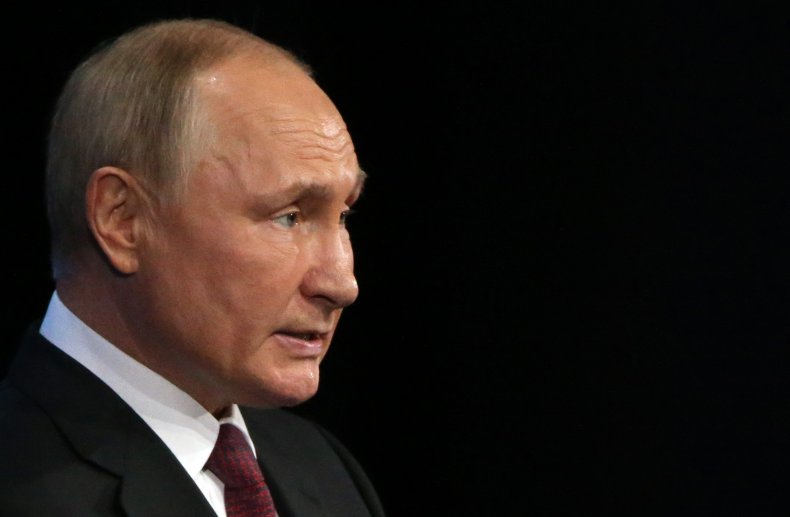 The thinly veiled nuclear threat from Russian President Vladimir Putin has sparked new fears that a Kremlin attack could be on the horizon, but the US is well positioned to know when Putin plans to strike.

On Wednesday, Putin accused officials of NATO states of trying to “blackmail” Russia with nuclear weapons and warned he had his own “various weapons of destruction” with which he is ready to retaliate. In a rare, pre-recorded speech, Putin said he would “use every available means to protect Russia and our people”, adding that his warning was “not a bluff”.

Launching a nuclear attack is a last resort for Russia, and experts say the US could detect an attack before Putin decides to fire.

Hans Kristensen, the director of the nuclear information project at the Federation of American Scientists, said: News week that Putin could move faster with long-range weapons, which are already on high alert, rather than short-range weapons, which Russia would have to get from central stockpile.

The intelligence community detecting activity at storage sites where nuclear warheads are loaded into trucks and helicopters, or increased activity among specially trained units capable of handling those weapons, would indicate that Putin is preparing for a close-range weapon attack.

On the other hand, the use of long-range weapons can be expected if land mobile launchers, missile submarines or cruise missiles are moved in greater numbers than usual.

“As part of this, there would also be some detectable activity in the nuclear command and control system and general communications that indicated something was going on,” Kristensen said.

According to the Federation of American Scientists, Russia has the largest inventory of nuclear warheads in the world with a total of 5,977 pieces. In comparison, the US has the second largest with 4,428, followed by France with 290. However, the exact number of nuclear warheads in Russia is unknown due to security concerns.

Monitoring levels of nuclear activity has been the norm since the Cold War, John Erath, the senior policy director at the Center for Arms Control and Nonproliferation, told News week.

Wednesday is not the first time Putin has raised the alarm about nuclear weapons this year. In March, he put the troops on edge as Western countries began imposing sanctions on Russia and global companies withdrew from the country in response to the invasion of Ukraine.

At the time, there was no movement on the ground, which Kristensen said indicated to US officials that Putin had no intention of launching an attack. He expected officials to make similar observations this time around to clarify how imminent the threat is. He added that the US military also has nearly 1,000 weapons ready to fire within minutes, so it would also be well prepared to respond if Putin launched an attack.

On Wednesday, National Security Council spokesman John Kirby said there would be “serious consequences” if Russia were to use nuclear weapons, but US intelligence has “no indication” that events in Ukraine would escalate to that level right now.

While intelligence officials do not expect Putin to launch a nuclear missile, his comments sparked a wave of condemnation from around the world.

President Joe Biden told the United Nations General Assembly on Wednesday that “a nuclear war cannot be won and should never be fought.” The United Kingdom’s defense secretary, Ben Wallace, also said that “no amount of threats and propaganda” can disguise that Ukraine is getting closer to winning the war against Russia.

However, Ukraine wants officials to go one step further in their comments. On Wednesday, Mykhailo Podolyak, the senior aide to Ukrainian President Volodymyr Zelensky, said the US and other allies must “say very firmly” that there will be “rapid retaliatory strikes” if Russia were to carry out a nuclear strike in Ukraine.

Ukraine may not get the harsh language it wants, and Erath said world leaders will be “very careful” with what they say because no leader, including Putin, wants to be “responsible for provoking a major nuclear war.”

Erath said part of the danger is that Putin is not bluffing, and world leaders should take the threat seriously and prepare.

“But I think he is trying to use the threat of nuclear weapons, which everyone knows Russia has in abundance, to get other countries to reconsider their support for Ukraine,” Erath said.

The Bharat Express News - October 4, 2022 0
WASHINGTON -- Federal officials warn ahead of November's midterm elections that Russia is working to raise doubts about the integrity of the US election,...