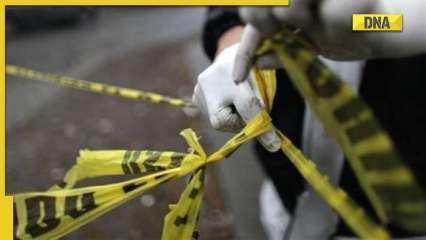 Pankaj Bhasin, 37, was dubbed the “werewolf killer” for a frenzied attack on a stranger he stabbed 50 times. After spending three years in a medical facility following his psychotic attack, the man was spotted on a dating app, hiding his violent past and describing himself as an “easy adventurer”

The man of Indian descent from Virginia in the US attacked a 65-year-old man in July 2018 in a frenzied attack that stunned the country. The victim was a stranger who was stabbed more than 50 times by Bhasin in the city of Alexandria, claiming he believed the man was a “werewolf,” a popular mythical creature.

A man from Virginia, USA, has described himself as an “easy adventurer” on dating apps, despite stabbing a stranger more than 50 times during a frenzied assault. Bhasin had brutally attacked Brad Jackson, a storefront manager, who also suffered a broken neck in the horrific stabbing.

Bhasin underwent trial for the attack in 2019 and was rescued by his defense, who claimed he had a psychotic break leading to the violent attack. The man was found not guilty by reason of insanity and sent under observation to a mental health facility.

Werewolf killer spotted hiding his violent past on dating apps

After spending three years in a mental health facility, Bhasin was released on conditional bail in July 2022. He must wear a GPS monitoring device, take medications as advised and be monitored at home by mental health professionals through regular visits.

Meanwhile, his profiles have been spotted on dating apps, describing his time in mental health as having recently come back from “two years of travel”. It has also been reported that he claims to have been “out of town” on his Facebook profile in recent years after some edits. In addition, his profile describes him as an “easy-going adventurer who believes in universal connection”.

Not just the social media platform, Bhasin was also spotted on a dating platform with several women reporting his profile for the greater good of protecting other people. The profile has now reportedly been deleted after a woman issued a warning about his violent past earlier this month.

She sent a “warning to those of us on dating apps,” she had outlined the horrific details of his attack. Concerned that his potential romantic partners could be misled with misinformation and put at risk, prosecutors had requested that Bhasin be banned from using social media entirely or that what he views and posts online is monitored.

ALSO READ  Even Russia's friends are upset by the war

People who have been friends with the victim of Bhasin’s psychotic murder have expressed concern that his profile has been spotted on multiple apps, including Bumble and Hinge, it was reported. They are afraid that he will return to the dating apps with a different profile.

READ | China: Fire breaks out in a huge skyscraper in Changsha, images show dozens of floors going up in flames