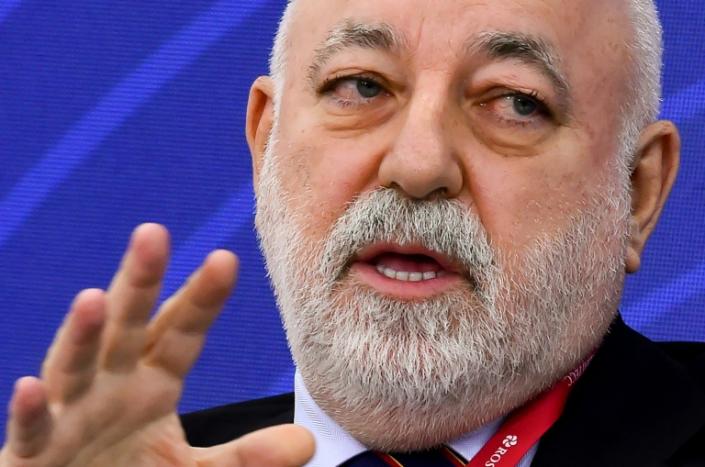 The US on Friday unveiled criminal charges against two men who allegedly tried to protect sanctioned Russian oligarch Viktor Vekselberg’s $90 million superyacht from being seized.

The US Justice Department charged Vladislav Osipov, 51, a dual Russian and Swiss national, and British citizen Richard Masters, 52, with sanctions evasion and money laundering in connection with operating the 255-foot (78-meter) luxury chase Tango after Vekselberg was hit with penalties.

Masters was arrested Friday in Spain on an extradition request from the US, while Osipov is on the loose, the Justice Department said.

It said that after billionaire Vekselberg, the head of conglomerate Renova Group and a close associate of Russian President Vladimir Putin, was sanctioned in 2018, the two men used shell companies to hide Vekselberg’s continued ownership and use of the yacht.

Masters, who ran a yacht management company in Palma de Mallorca, Spain, changed the yacht’s name to Fanta to avoid sanctions while still keeping it running.

U.S. sanctions generally prohibit U.S. companies and companies such as banks with U.S. weapons from doing business with a sanctioned entity.

“Osipov and Masters advised and enabled Tango employees to continue doing business with numerous U.S. companies, using various workarounds to avoid sanctions, such as payments in other currencies and through third parties,” the department said.

ALSO READ  Putin is in an echo chamber: two scenarios for Russia's development from here

The Tango was seized in Spain in April 2022. It is one of several luxury yachts owned by Russian magnates that the United States seized to enforce sanctions, both before and after Russia’s invasion of Ukraine.