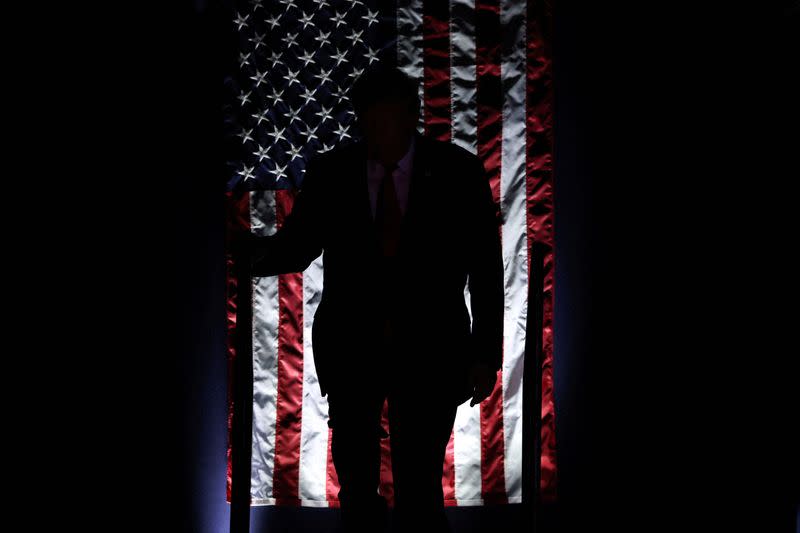 WASHINGTON (Reuters) – A congressional panel on Tuesday requested an urgent review by the U.S. National Archives after agency officials admitted they did not know whether all presidential data from the Donald Trump administration had been transferred.

The chairman of the House Oversight Committee, Carolyn Maloney, has also asked the Archives, the federal agency charged with preserving government records, for a written statement from the Republican former president that he has classified and classified all presidential documents. handed over material.

Maloney, a Democrat, also wants him to confirm that he did not make copies or turn them over anywhere other than to that agency or the Justice Department.

Trump faces a criminal investigation by the Justice Department for holding government records — some marked top secret, including “top secret” — at his Mar-a-Lago Florida estate after his January 2021 departure.

The FBI seized more than 11,000 records, including about 100 documents marked classified, during a court-approved search on Aug. 8 in Mar-a-Lago. A federal judge is considering how to handle the documents while the investigation continues.

Maloney in a letter outlined attempts by the National Archives over many months, later joined by the Justice Department, to recover government property that Trump had removed from the White House and transferred to Mar-a-Lago.

National Archives staff “recently informed the committee that the agency is not sure that all presidential documents are in custody,” Maloney wrote, adding that she was deeply concerned that sensitive documents are not in the custody of the US government.

The National Archives did not immediately respond to a request for comment.

Trump’s removal of documents from the White House was a clear violation of a federal law called the Presidential Records Act, Maloney said. The committee is concerned that Trump has delayed their return for months and that his representative misled investigators over the summer about whether any people remained in Mar-a-Lago, Maloney added.

Maloney asked the archives for an initial assessment of his findings by Sept. 27.

(Reporting by Doina Chiacu; editing by Will Dunham)