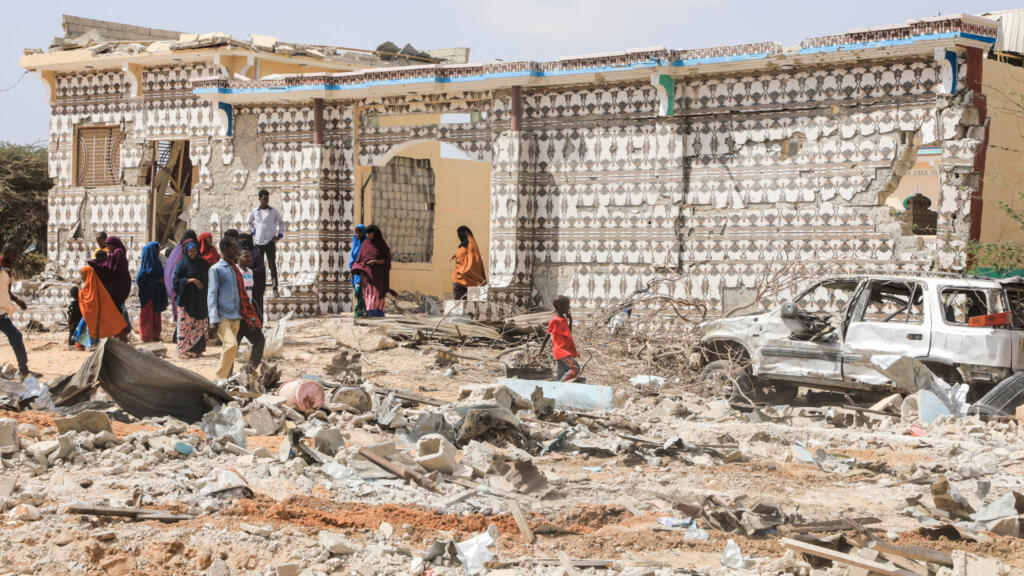 The United States said on Monday it was increasing its reward for information on key Al-Shabaab leaders in Somalia to $10 million each, a move that follows a spate of deadly attacks by the jihadist group.

The US State Department also said it was offering a reward of up to $10 million for the first time for information that “leads to the disruption of the financial mechanisms” of the al-Qaeda affiliate.

Al-Shabaab fighters have stepped up attacks in the Somali capital Mogadishu and other parts of the country amid a massive offensive against the group by President Hassan Sheikh Mohamud’s new government.

The US said it was offering up to $10 million each for information leading to the identification of Al-Shabaab “emir” Ahmed Diriye, second-in-command Mahad Karate and Jehad Mostafa, a US citizen who had various roles in the group. .

“These key leaders of Al-Shabaab are responsible for numerous terrorist attacks in Somalia, Kenya and neighboring countries, in which thousands of people have been killed,” said a US-issued poster with photos of the three men.

REWARD! 💰Up to $10 million for information on terrorists MAHAD KARATE, AHMED DIRIYE & JEHAD MOSTAFA for their involvement in numerous attacks that have killed thousands of people in Somalia, Kenya and other countries. Do you know where they are hiding? SEND US A TIP! pic.twitter.com/PFfrKmb2CQ


UN human rights chief Volker Turk said earlier Monday that more than 600 civilians have been killed this year in attacks largely attributed to the group.

At least 613 civilians have been killed and 948 injured so far in 2022, according to the latest figures from the United Nations – the highest number since 2017 and an increase of more than 30 percent from last year.

In the deadliest attack in five years, twin bombings claimed by Al-Shabaab on Oct. 29 killed at least 121 people and wounded 333 others in Mogadishu, the UN said, citing Somali figures.

The group, which was designated a foreign terrorist organization by the State Department in March 2008, has been trying for about 15 years to overthrow the fragile, foreign-backed government in Mogadishu.

The fighters were driven out of Mogadishu by an African Union force in 2011, but the group still controls large swathes of the countryside and continues to launch deadly attacks against civilian, political and military targets.

In August, after a 30-hour siege of a hotel in Mogadishu that left at least 21 people dead, Mohamud declared “all-out war” on the jihadists, who embrace a strict version of Sharia, or Islamic law.

The US statement said Diriye, who has been a leader since September 2014 after the assassination of Ahmed Abdi Godane in a US attack, was designated by the US as a “specially designated global terrorist” in April 2015 and was subject to UN sanctions the same year. beaten. .

Karate, which was also labeled a terrorist in April 2015 and also faces UN sanctions, continues to lead some Al-Shabaab operations, according to the US.

He also “has some command responsibility over Amniyat, the group’s intelligence and security arm, which oversees suicide bombings and assassinations in Somalia, Kenya and other countries in the region, and provides logistics and support for Al-Shabaab’s terrorist activities.” .

Mostafa, a US citizen who once lived in California, has been a military instructor in Al-Shabaab training camps, as well as a leader of foreign fighters, a leader in the group’s media wing, an intermediary with other “terrorist organizations” and a leader in the use of explosives in attacks, the US said.

In December 2019, he was indicted by a US court on several charges related to Al-Shabaab.

“The FBI rates Mostafa as the highest-ranking terrorist with U.S. citizenship to fight abroad.”

In May, US President Joe Biden decided to restore a military presence in Somalia, approving a request from the Pentagon, which deemed his predecessor Donald Trump’s rotational system too risky and ineffective.

Minor tweaks for Blitzboks as they go for a double | Sport

Blitzboks seeks calm at Cape Town Sevens: ‘We have a plan that fits our weapons’ | Sport