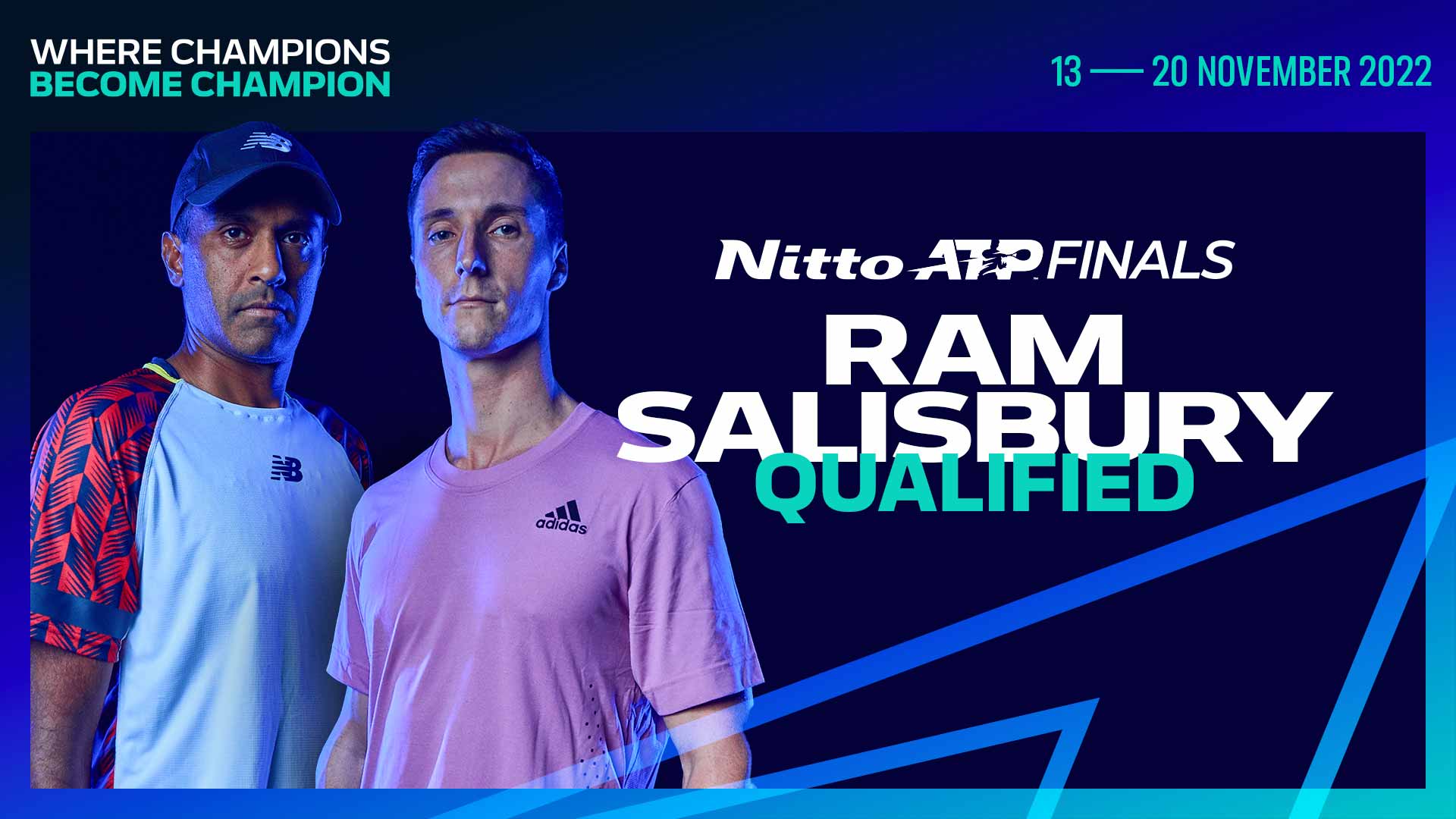 Rajeev Ram and Joe Salisbury qualified for the Nitto ATP Finals for the fourth consecutive year on Friday after taking home the trophy at the US Open. They are the second team to qualify for the season finale, alongside Wesley Koolhof and Neal Skupski, whom they defeated in the final at Flushing Meadows.

Ram and Salisbury first qualified for the season finale in 2019 (round robin), advanced to the semi-finals at the 2020 year-end championships and reached the final in 2021 in Turin. Ram also teamed up with Raven Klaasen at the 2016 title match at The O2 in London.

Ram, 38, and Salisbury, 30, started the season as a team with one ATP Masters 1000 title. This year they have added two Masters 1000 trophies to their collection with wins at the Rolex Monte-Carlo Masters and the Western & Southern Open in Cincinnati.

The American-British duo carried their momentum from Cincinnati to New York, where they successfully defended their US Open crown. The triumph marked their third Grand Slam trophy together, having also won the 2020 Australian Open. Ram and Salisbury also reached the semifinals at the Australian Open, the BNP Paribas Open and Wimbledon.

The Nitto ATP Finals will be played from November 13-20 at the Pala Alpitour in Turin. Rafael Nadal and Carlos Alcaraz have also qualified in singles.