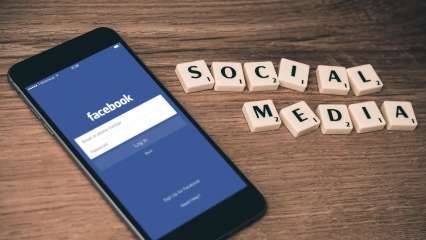 Facebook has removed more than 22 lakh ads and 120,000 posts on Facebook and Instagram that attempted to block the US presidential election on November 3, Facebook’s global affairs chief Nick Clegg revealed on Sunday.

“We are not infallible and we will never remove or identify all false information or hateful content. But our electoral strategy, our teams and our technologies are continually improving,” he said in the interview.

“What we have put in place for this election is unprecedented. Facebook is much better prepared today than in 2016,” added Clegg.

Last month, he said Facebook was preparing to take tough action to restrict content in case the November US election descends into chaos or violent protests.

“There are glass break options available to us if there really is an extremely chaotic and, worse yet, violent set of circumstances,” Clegg said in a TBEN report.

Clegg told the French weekly that 35,000 employees keep Facebook platforms safe and contribute to the elections.

“We have forged partnerships with 70 specialized media, including five in France, in the verification of information. Finally, collaborations have been established with other social networks such as Twitter or YouTube and authorities such as the FBI to identify threats. All of this was not done. exist in 2016, ”noted Clegg.

In the 2016 US presidential election, the threats clearly came from outside.

“In 2020, the increase in the abuse of our platform comes from within, from the United States. This is the biggest change. Here too, we are adapting and acting: we have just deleted all accounts, pages and groups linked to the QAnon movement, ”the Facebook executive informed.

Facebook is under pressure to help maintain the integrity of the elections as it has come under fire for failing to contain the spread of disinformation and hate speech on the platform.

He has even been accused of failing to prevent attempts to create divisions in American society through disinformation campaigns by foreign actors in the 2016 presidential election.

The stakes appear to be even higher this time around with reports of similar attempts to influence the US presidential elections by groups operating from Russia, China and Iran.

These include measures to attach an informative label to content that seeks to delegitimize the election result or discuss the legitimacy of voting methods, for example by claiming that legal voting methods will lead to fraud.