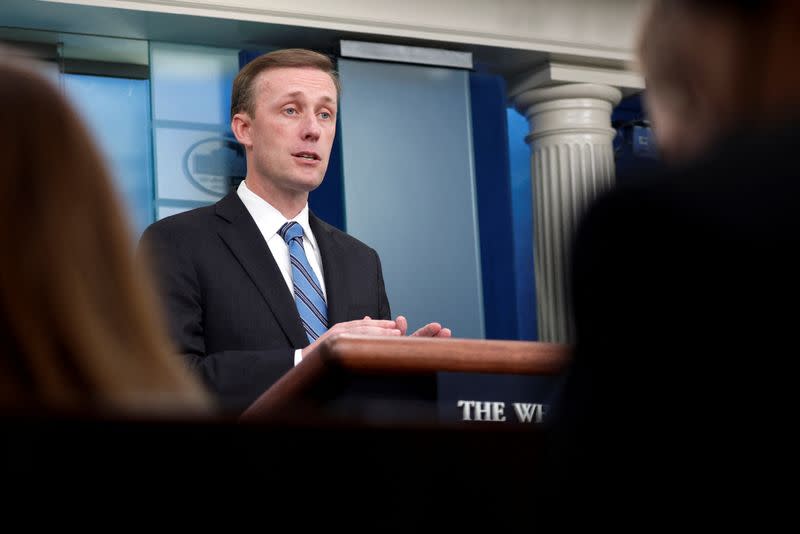 Sullivan said Moscow may be making the move to recruit troops in those areas after suffering major losses on the battlefield.

Sullivan called the referenda an affront to the principles of sovereignty and territorial integrity. He said that President Joe Biden, during his speech at the United Nations General Assembly on Wednesday, will give Russia a “firm rebuke” for its war against Ukraine.

Sullivan cited public reports from the region as evidence that Russia may want to recruit military recruits. He said Russia is currently “looking for personnel” to be deployed in the fight against Ukraine.