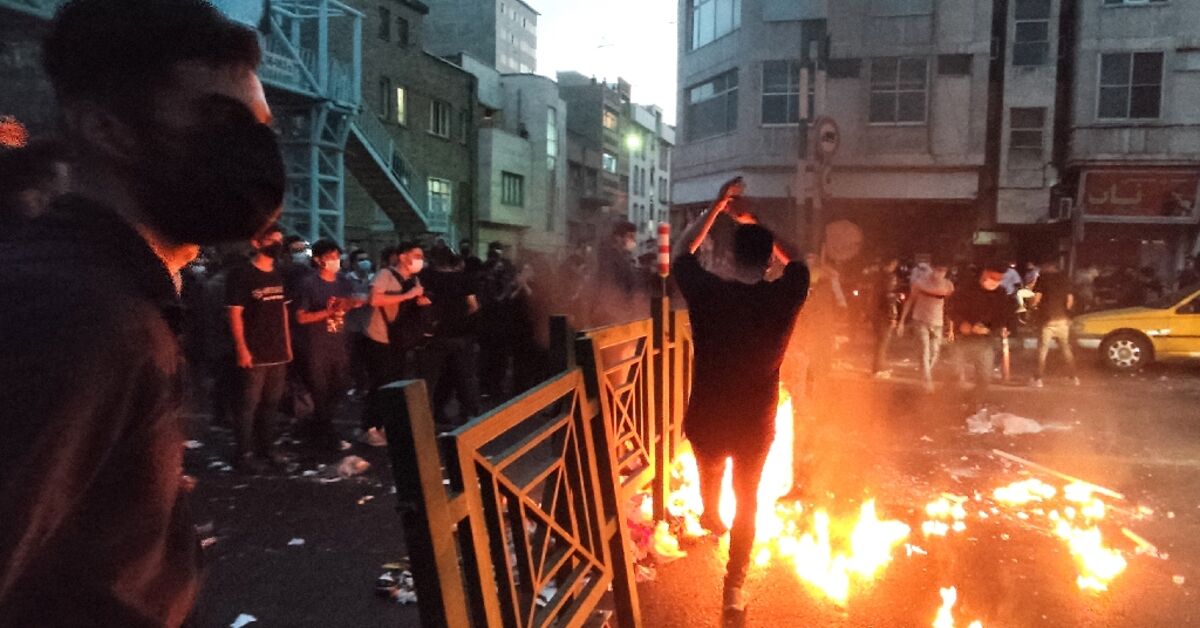 The United States on Thursday blacklisted Iran’s vice squad with sanctions after the death in custody of Mahsa Amini, a 22-year-old arrested for allegedly wearing her hijab headscarf.

The US Treasury Department said the morality police was “responsible” for Amini’s death, which sparked outrage, when it announced sanctions “for abuse and violence against Iranian women and the violation of the rights of peaceful Iranians.” protesters”.

The sanctions were taken as violent protests erupted across Iran after the death last week of Iranian Kurdish Amini, who was arrested by the public morals unit of the national police.

“Mahsa Amini was a courageous woman whose death in police moral custody was yet another act of brutality by the Iranian regime’s security forces against its own people,” said Treasury Secretary Janet Yellen.

“We condemn this unscrupulous act in the strongest terms and call on the Iranian government to end violence against women and the continued violent crackdown on freedom of expression and assembly,” Yellen said in a statement.

At least 17 people have died in unrest after Amini’s death, according to an official count as women burned their headscarves and protesters denounced government leadership and restrictions on women.

The Ministry of Finance has also imposed sanctions on Mohammad Rostami Cheshmeh Gachi, the head of the vice squad, Haj Ahmad Mirzaei, the head of Tehran’s vice squad, and five other senior security officials involved in the repression of protesters.

Rostami had announced earlier this year that women would be punished if they refused to wear a hijab.

“The Iranian government must end the systematic persecution of women and allow peaceful protest,” US Secretary of State Antony Blinken said.

“The United States will continue to show our support for human rights in Iran and hold those who violate them to account,” he said in a statement.

Treasury sanctions are designed to freeze any assets that could be designated under US jurisdiction and prohibit US individuals or companies – including international banks with US operations – from doing business with them, effectively limiting their access to global financial networks.

Tens of thousands of Jewish pilgrims in Ukraine despite war

Zelenskyy shocked by Israel’s failure to support Ukraine with weapons