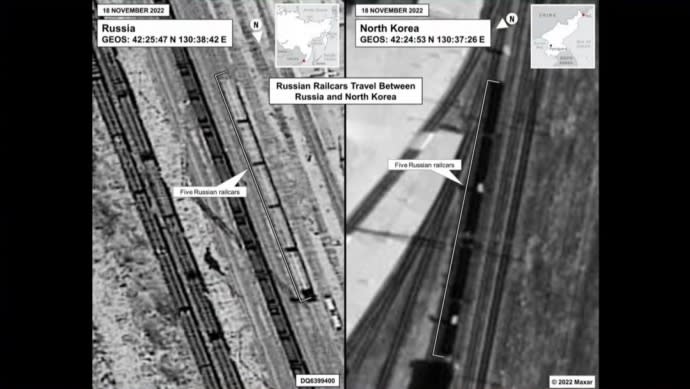 The United States of America has shared evidence that North Korea has supplied weapons to Wagner Group, which uses it in the war against Ukraine, with the group of experts of the UN Security Council Committee on Sanctions against North Korea.

Source: Ukrinform quotes John Kirby, strategic communications coordinator for the White House National Security Council, at a briefing on Friday; This is what the European Pravda reports

Quote: “We have seen how the representatives of the North Korean authorities have wrongly refused the delivery of weapons to Wagner PMC,” Kirby recalled, adding that the US side had already cited specific cases of such deliveries.

ALSO READ  Kidnappings in Nigeria: dozens of abductees wait for the train in Edo state

“The next day, North Korea loaded these railcars, containers, and then the train returned to Russia,” Kirby added.

Details: Kirby noted that the amounts of supplies from North Korea for the Wagner Group did not change the dynamics of hostilities in Ukraine. However, Russia wants to continue receiving weapons from North Korea.

Background: In early November 2022, it became known that the United States accused North Korea of ​​secretly supplying Russia with a significant amount of artillery shells for use in the war in Ukraine and of trying to hide these supplies. According to intelligence services, the ammunition would be sent to countries in the Middle East or North Africa, but is actually intended for Russia.

In December, a senior US representative stated that the Wagner Group, which is participating in the war in Ukraine, received a shipment of weapons from North Korea last month.

North Korea has denied all of these claims.