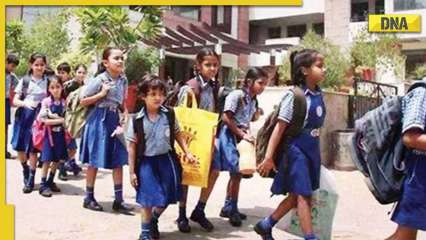 Uttar Pradesh: As the cold snap continues across northern India, including Uttar Pradesh, all schools remain closed until grade 8 in Meerut. Also, school times for grades 9-12 are from 10am – 3pm.

In Lucknow, times for grades 1-8 for school students have been changed to 10am-3pm. Schools in Gorakhpur will also remain closed until January 17. Educational work in the schools from LKG to Inter will remain closed on January 16 and 17.

Due to northwesterly winds from the Himalayas over the plains of northwest India, minimum temperatures are very likely to drop by 2-4 degrees Celsius over the northwest and adjacent central India over the next two days, the IMD predicted.