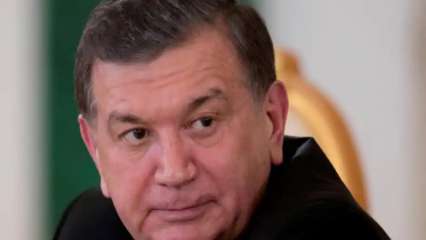 The international conference entitled “Regional Connectivity in Central and South Asia: Challenges and Opportunities” is organized at the initiative of Uzbek President Shavkat Mirziyoyev. The summit will have three common themes of discussion – economic, cultural, security – connectivity and aims to refresh historical ties. Leaders and representatives from Russia, Iran, China, the US and the EU will be invited to the summit.

The invitation to India was extended during the visit to New Delhi of Uzbek Foreign Minister Abdulaziz Kamilov at the end of February. Kamilov has already visited the capitals of the 4 other Central Asian countries to extend the invitation. In March, Kamilov traveled to Islamabad to deliver the invitation.

Uzbekistan is keen to use the port of Chabahar built in India in Iran. The two countries formed the group with Iran to increase engagement on the port. Afghanistan will be invited to the next grouping meeting. At the December virtual summit between Indian Prime Minister Modi and Uzbek President Shavkat Mirziyoyev, the latter announced his intention to join the North-South international transport corridor that connects Mumbai to Moscow.

Uzbekistan is the only country in Central Asia with which India has so far held a virtual summit. In strategic space and defense, both sides increase engagement. India and Uzbekistan are organizing the Dustlik-2 military exercises from March 9 to 21 in Chaubatia, Uttarakhand. Also on Afghanistan, the two sides have regular exchanges.

ALSO READ  China produced more than half of the world's coal-fired electricity in 2020, study finds

With other countries in the region, Afghanistan is increasingly committed to connectivity, in particular with the air corridors and the Chabahar port project supported by New Delhi. A trans-Afghan railway is being planned, involving Pakistan, Uzbekistan and Afghanistan.