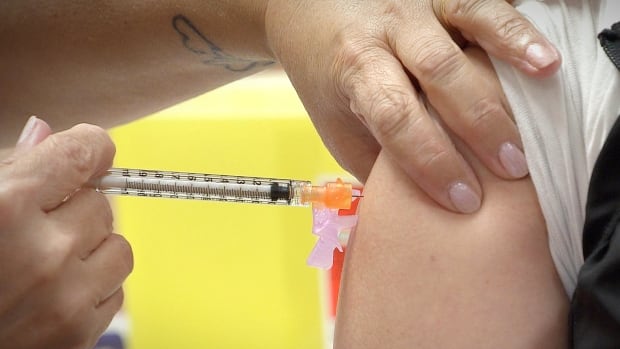 The National Advisory Committee on Immunization says everything should be done to follow the recommended 21-day and 28-day dosing schedules for the two vaccines approved in Canada to date.

But as the pandemic heats up and vaccine supplies slowly flow in, the panel also claims that delaying the second dose for up to six weeks – instead of three or four – could quickly give more people at least some protection against COVID-19.

Dr. Gaston De Serres is a practicing epidemiologist at the Institut national de santé publique du Québec and sits on the scientific immunization group that recommended the single dose model to the provincial government.

“It will reduce the burden in terms of hospitalizations and death much more by administering one dose to as many people as possible, rather than having half the number of people vaccinated with two doses,” De Serres said today .

Canada is receiving enough doses of the vaccine to immunize the vast majority of Canadians by fall – but most of those doses won’t arrive until later in the spring and summer, and provinces are warning they are going to be to exhaust.

ALSO READ  'Be Careful What You Want,' Trump Says As US Lawmakers Consider Forcing Him To Leave Office | TBEN News

Almost 550,000 doses have now reached Canada and about 71% of them have been injected. 380,000 additional doses are expected to arrive by the end of the week.

Alan Bernstein of the Canadian COVID-19 Vaccine Working Group has spoken out against postponing the second dose.

“It would create a situation where people think they are immune, but they are not,” he said. “If we start tampering with these regimes, we are really experimenting with human subjects, and we need to get informed consent.”

If the provinces change the injection schedules, this could also affect the administration of future doses. Supply Minister Anita Anand said on Tuesday she would consult with the companies.

“In our negotiations with vaccine manufacturers, they are of course concerned when the recommended doses, based on their clinical trials, are not being followed,” Anand said.

Governments are not required to follow the public health recommendations of the National Advisory Committee on Immunization.

Biden to extend student loan payment break from day one