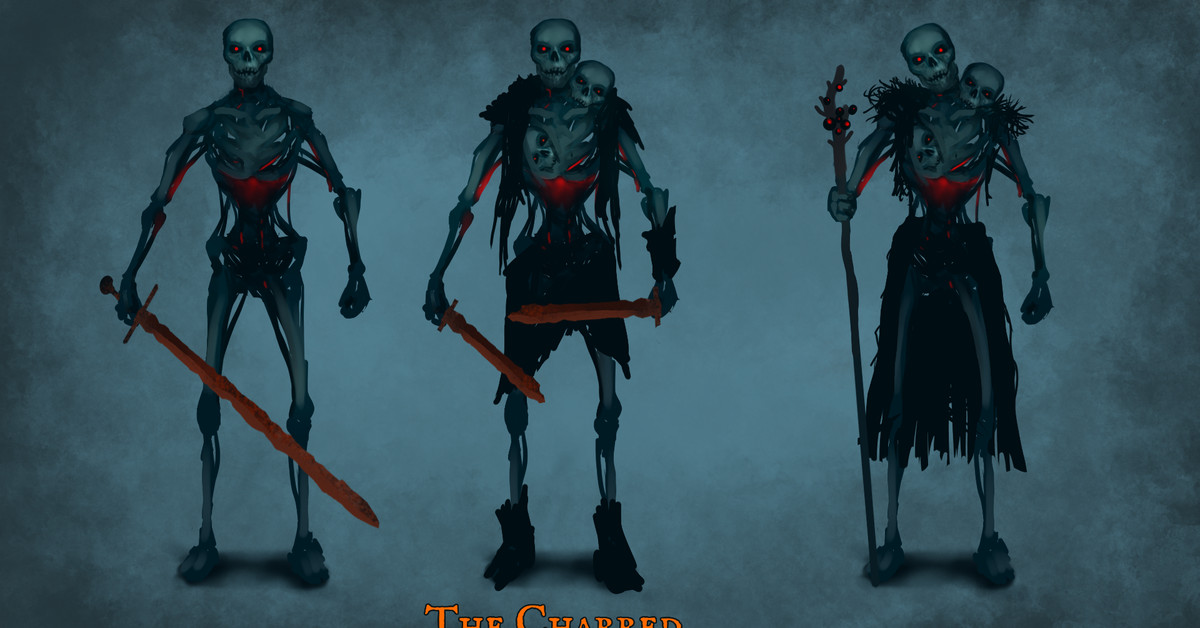 Valheim had a strong start and the open world Viking game has since expanded into a new biome called the Mistlands and added tons of base building and customization elements with the Hearth & Home update. Now developer Iron Gate Studio has announced the next big biome in development – and it looks like players will be heading out to explore the Ashlands, the land of the dead.

There is no release date for the new biome and it will likely require a significant amount of time in the oven. In a blog post on the official Valheim site, Iron Gate explains that it intends to be more transparent with the creation of the Ashlands. The developer is sharing concept art of the critters players might encounter in such a place, which will be a large piece of land in the far south of the map.

While Vikings will have to wait a while to explore the volcanic Ashlands, Valheim will receive other gameplay updates in the near future. The game is coming to Xbox in early 2023, along with crossplay to connect console and PC players. The developer is also experimenting with difficulty levels, for those who want their afterlife adventure to be a little more punishing.

There’s also an update called Hildir’s Quest in the works, which appears to be clothing-focused. I’ll always welcome the opportunity for more dressing up, and it seems Hildir is a character who will help Vikings with their style. Not only will there be more clothes, but Iron Gate is also setting up a way to restyle hair. Iron Gate is also working on accessibility options for future updates, though the developer is still seeking feedback from players with disabilities.

The post The Next Major Update From Valheim Brings Vikings To The Land Of The Dead appeared first on Polygon.

Super Bowl Prop Bet of the Day: What color will the Gatorade bath be?

The Bharat Express News - February 7, 2023 0
Leicester City striker Kelechi Iheanacho has been named in the Premier League team of the week. Iheanacho scored once and provided two assists in Leicester...