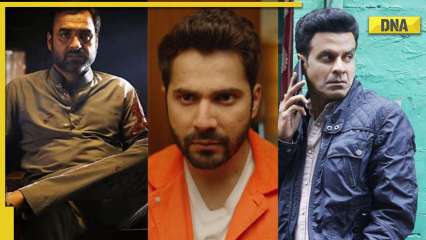 The digital world has witnessed great success in shows like Mirzapur, Made In Heaven and The Family Man. It seems that these favorite series are returning, as Varun Dhawan has hinted about the new seasons of these popular shows. Varun Dhawan teamed up with Prime Video and they came up with a video that gives a humorous look at the anticipation of these shows.

In the video, we see Varun Dhawan being questioned by his neighbor, his driver and even his insider makeup artist about their favorite Amazon Originals. Always the helpful guy, we see Varun preparing to give them the information they are desperately looking for. But when the star is unable to get the latest information, an innocent phone call to his “friend” at Prime Video turns into a mega-challenge! A challenge to get top secret information right under Prime Video’s nose!

As soon as the video was posted, several netizens predicted that the OTT giant will come out with a new lineup. Die-hard Mirzapur fans have announced that the third season release date will be announced. However, there are some fans who are expecting the announcement of the series Citadel. The upcoming series Citadel is created by The Family Man director duo Raj and DK.

Here are some of the reactions

On the work front, Varun will next be seen in Bhediya. Most recently, the actor was featured on Koffee With Karan 7. On the show, Varun was joined by JugJugg Jeeyo co-star Varun Dhawan. During the episode, Karan, who directed Varun in his debut film Student of the Year, talked about how the actor has always protected the show’s host. Varun said: “I feel there is a misinterpretation of how people really are. Just like the way I know you, I feel you are very misinterpreted. Like people just look at you and think something else than what you really are. They just see Karan Johar as an exterior.”

‘Firefly’, starring Katherine Heigl and Sarah Chalke, will end on Netflix after season 2