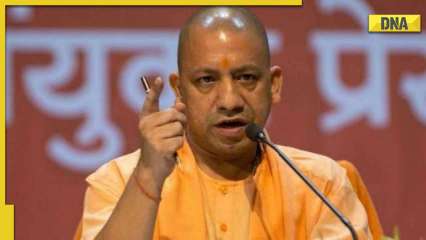 Yogi Adityanath, the chief minister of Uttar Pradesh, said Friday that the value-added tax on petrol and diesel is the lowest in the state, adding that there will also be no VAT hike in the near future.

The Chief Minister reviewed the updated status of state revenue collection with state tax officials at his official residence. Finance Minister Suresh Khanna was also present on the occasion.

“Keeping in mind the greater public interest, we have not increased the VAT rate or imposed any new tax in the state. Today the lowest VAT rate is on petrol/diesel in Uttar Pradesh. There will be no VAT increase in the near future With this in mind, efforts should be made to increase revenue collection according to the zonal potential,” said Yogi.

ALSO READ  'Check yours first': Ravi Kishan's call to check the population, Twitter points out that he has four children of his own

The Prime Minister took a report from all zone commissioners regarding the registration status of traders in GST, VAT collection and tax evasion efforts etc. on the efforts being made to achieve the target and gave the necessary guidance to the revenue collection according to the potential of different zones.

The Chief Minister, while instructing officials to give weekly targets to the field officers, said he will hold a monthly meeting to review the same. should be reviewed weekly. A zone-by-zone report must be made on the raids carried out and the revenues collected. I’ll be leading the monthly meeting and reviewing it by zone myself,” he said.

“Creating awareness among traders, more and more traders need to be registered in GST. Traders need to be made aware of the benefits of GST registration/filing. Organize seminars in small towns. There is still a lack of awareness in many areas, such as Gorakhpur and Basti divisions. This will require special efforts by the field level officers,” Yogi added.

Independence Day 2022: Know how the Indian currency has fared against other global benchmark peers since 1947