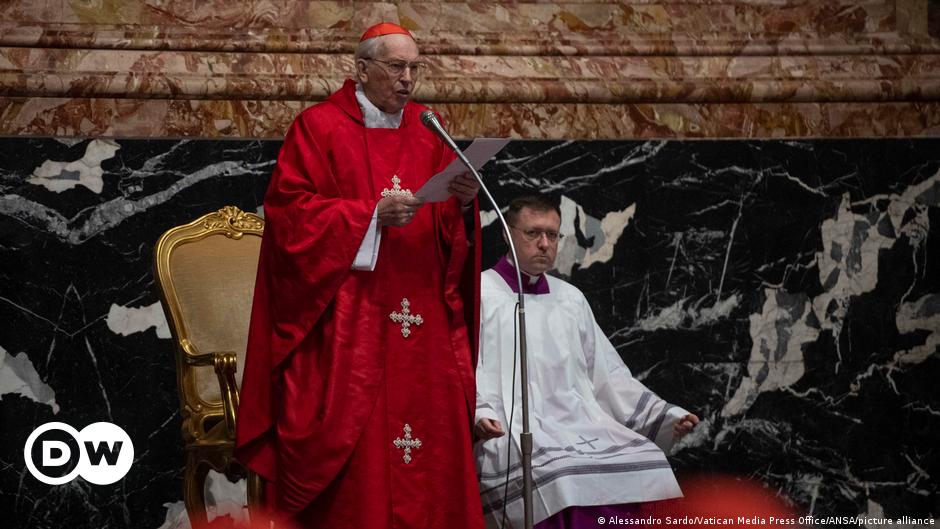 The Vatican held a funeral for Cardinal George Pell on Saturday.

The Australian-born cardinal died on January 10 at the age of 81 due to heart complications shortly after undergoing hip surgery.

Church officials said his body will be buried in the crypt of St. Mary’s Cathedral in Sydney, Australia.

Mass was celebrated by Italian Cardinal Giovanni Battista Re, who praised Pell as a “man of God and a man of the Church.”

“As he often remarked, he was haunted by the weakening of faith in the Western world and the moral crisis of the family,” Re said.

Pell’s final years were “marked by an unjust and painful condemnation,” the cardinal said.

Pope Francis arrived in a wheelchair for the final minutes of the ceremony.

Who was Cardinal Pell?

Pell served as Vatican Secretary of the Treasury for three years. He was seen as a confidant of Pope Francis and the third most important figure in the Church.

Pell was jailed in 2019 after being convicted of sexually assaulting two 13-year-old choirboys in the 1990s.

After Pell’s death, it was revealed that the cardinal was the author of a memo calling Francis’ papacy a “disaster” and a “catastrophe”.

On Thursday, Daniel Andrews, Prime Minister of Pell’s home state of Victoria, said: “We will never, ever forget the victims of institutional child sexual abuse by the Catholic Church.” He ruled out a state-funded memorial for the cardinal, saying it would be “deeply distressing” for survivors of sexual abuse.