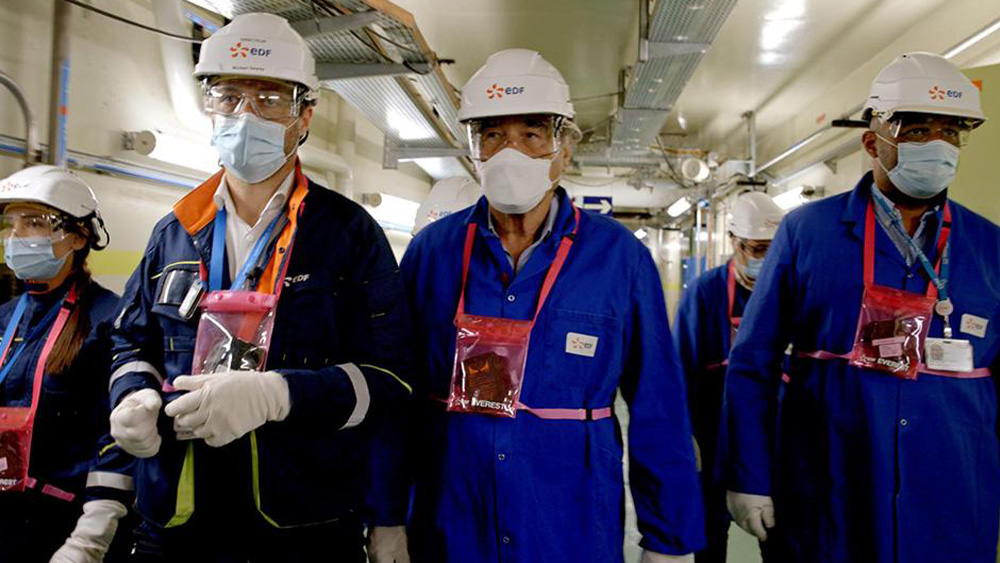 Surprisingly, nuclear is not one of Oliver Stone’s “devil’s advocate” documentaries, the wave of films he began making in the early 2000s that seemed to troll liberals everywhere by spending time with notorious human rights abusers like Fidel Castro, Hugo Chavez and Vladimir Putin. In the real world, nuclear power is about as toxic as those three guys put together right now, but this intelligent and surprising film examines how that PR damage came about, which probably makes it more of a stretch with its famous conspiracy thriller JFK then one of those. At nearly two hours, it’s a hard watch, dominated by Stone’s dense, monotonous voiceover and with scientists almost screenless (this explains a lot about Adam McKay’s decision to film don’t look up with A-listers). Nevertheless, it makes a lot of unexpected proposals about nuclear power and debunks powerful myths along the way.

It begins with a very busy prologue, which actually sets the frenetic pace of the whole, in which Stone recounts the very modern history of his subject, beginning with Marie Curie’s discovery of radium in 1898. Nuclear power received a brief image backlash in 1945 after the double bombing of Japan, but by 1953 President Eisenhower was all about it and delivered his famous “Atoms For Peace” speech to the United Nations. Nuclear would be the way forward to – who else? — the fossil fuel lobby disputed its benefits and paid lobbyists to defame it. By the 1970s, that work had paid off, and when the Three Mile Island reactor collapsed in 1979—the same year, the disaster movie hit The China Syndrome was in movie theaters – rock stars played “No Nukes” concerts and Jane Fonda was on a mission to shut down the entire program.

Stone plays his hand early on with a very blunt mea culpa. “I too once believed that the environmentalists were right and that nuclear energy was dangerous,” he says. “We were, in a sense, horribly ill-educated, unknowingly crisscrossing nuclear war with nuclear power.” He has a valid point. “People don’t think well when they’re afraid,” he adds, “and fear is a mind-killer.” The reason Stone seems to have changed his mind is simple: climate change, which has recently displaced the threat of nuclear war as the thundercloud that hangs over modern society. And he makes a very good point: Nuclear power is clean, cheap and much safer than its bad reputation would suggest – although the Fukushima disaster in 2011 was quite serious, most of the casualties were due to the tsunami it caused. Indeed, as with the rather ominous Chernobyl, a major factor was poor design and human error (the rest of the Japanese reactors survived).

Stone acknowledges that nuclear power has an uphill battle in emerging markets – China and India are particularly persistent, though his dissertation begins to fray when he glorifies the virtues of the Russians (the film was clearly made before the shocking events in Ukraine brought back the specter of Chernobyl and many more potential horrors). But while it sometimes feels like getting a blow to the head with a rolled up copy of new scientist (and the soothing synths of the late Vangelis can’t help that), it’s an occasionally inspiring film to dive into, with the surprising claim that young people, once the most vocal in the campaign against all things nuclear to embrace it now (we even meet a “nuclear influencer” who posts on TikTok). Stone sees this as the way forward, and the experts seem to agree — or as nuclear tech entrepreneur Caroline Cochran puts it, “For the younger generations, climate change is more of a necessity than a concern about nuclear war. “

ALSO READ  EXPLANATION: 'Morning after pill' not always an option after rape

The Bharat Express News - October 7, 2022 0
Ace England pacer bowler Jofra Archer, who has been out of service since March 2021, is reportedly set to make his comeback to the...