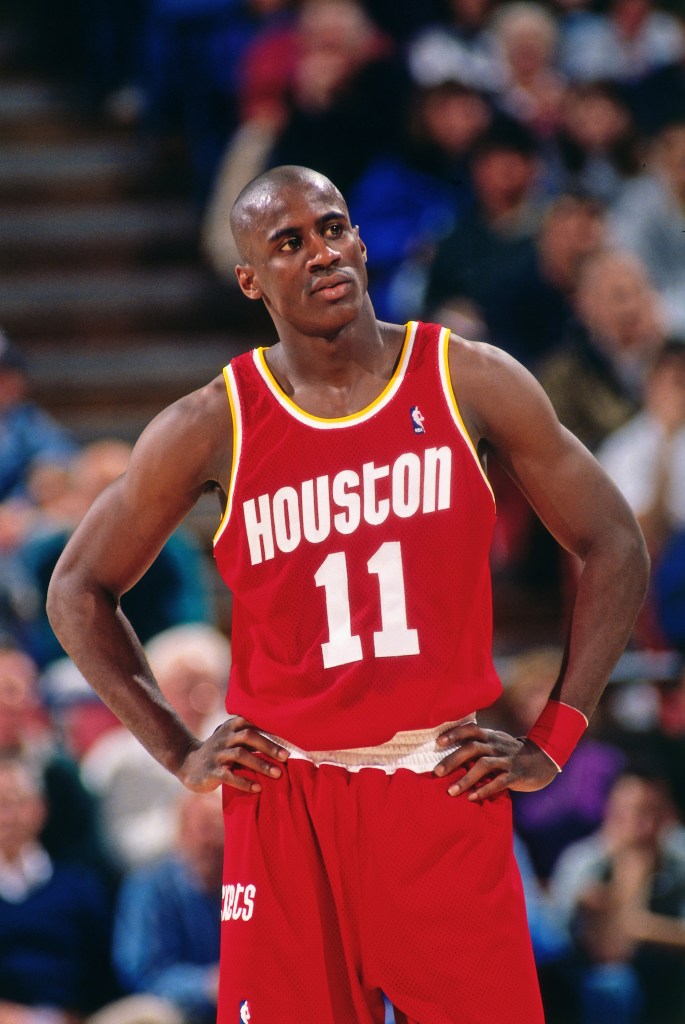 One of the best NBA teams of the 1990s nearly lost its best player – at the hands of its own teammate.

Former Rockets guard Vernon Maxwell, who was a key part of their 1994 and 1995 title runs, appeared on the “No Chill” podcast with Gilbert Arenas. During the interview, the man known as “Mad Max” described a tense incident in the Houston locker room, where he claims he nearly stabbed “the s–t off” Rockets star Hakeem “The Dream” Olajuwon — and that would have done if police don’t come in.

The incident took place during halftime during a game in the 1990s. Maxwell was angry that he didn’t get the ball and started screaming.

“I’m like, ‘These are some bulls, you motherfuckers. Give up that damn rock. Pass that bitch.’”

Olajuwon, the six-foot Hall of Famer, didn’t have it – and came to Maxwell to knock “the s–t” out of Maxwell with his “hard ass hands,” as the shooting guard described it.

“That bastard hit me so hard, man, knocked me out of the chair,” said Maxwell.

Known for his fiery temper, Maxwell rose from his chair, grabbed his chair and threw it at Olajuwon, shattering a window pane. And he wasn’t going to stop there. He told Arenas that he wanted to pick up a shard of glass, “chase the dream and stick it out of his body.”

ALSO READ  Germany vs France, Women's European Championship semi-final: when is it, which TV channel and last chances

However, a police brigade heard the commotion and came in with guns drawn – luckily Maxwell’s plan thwarted.

Maxwell and Olajuwon won back-to-back titles with the Rockets in 1994 and 1995, although he was famous after a messy departure from the team after the 1995 season when the team traded for Clyde Drexler, effectively cashing in on his minutes.

Arenas, the podcast host, had an infamous locker room incident of his own, pulling an unloaded gun on Wizards teammate Javaris Crittenton in 2009.