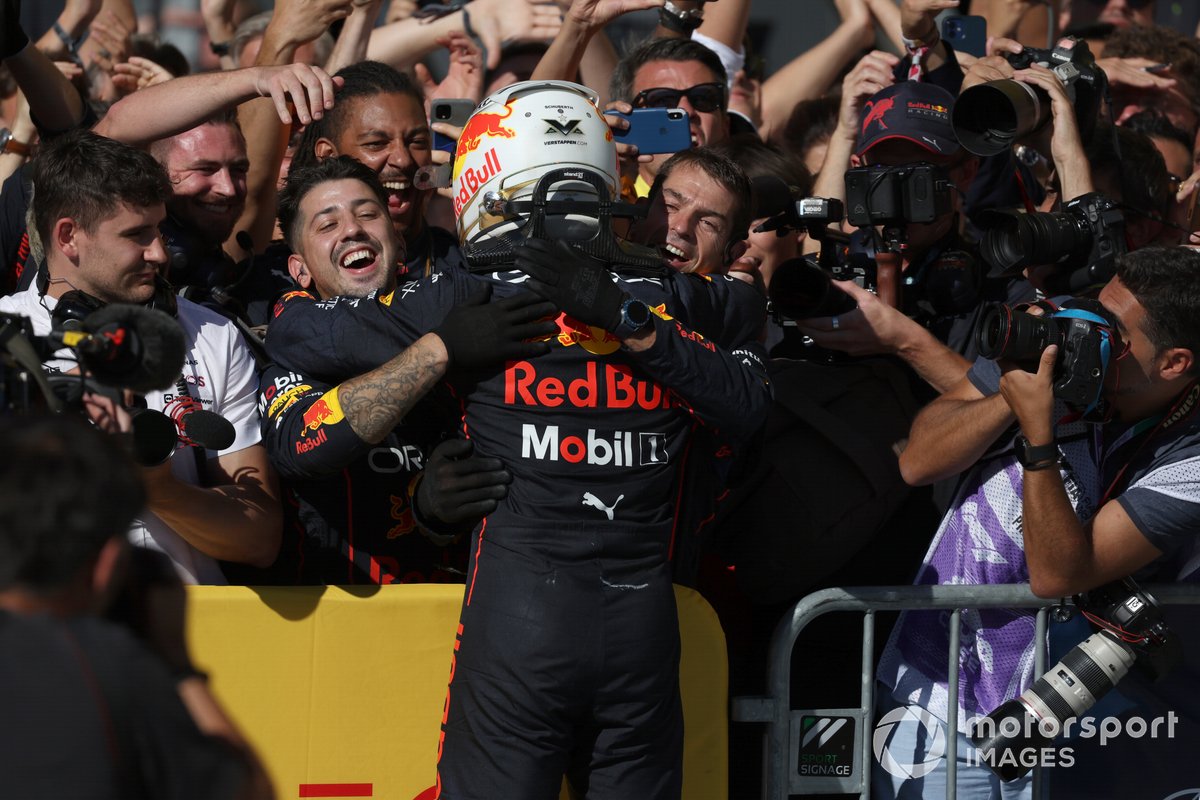 Verstappen took his fifth straight win in the Italian Grand Prix last weekend, extending his lead at the top of the drivers’ championship to 116 points over Ferrari’s Charles Leclerc.

It means that Verstappen could mathematically take his second F1 title at the next race in Singapore if he extends his lead by another 17 points.

Verstappen also closes the record for most wins in one season. He has racked up 11 wins so far this year, two less than the record set by Sebastian Vettel and Michael Schumacher with six races to go.

Verstappen opened up about the current emotions of the winning streak after his win over Monza and said it was “amazing what we are experiencing within the team.”

“We are having a great year and it is important to enjoy it as well,” said Verstappen.

“I think we’ve had a lot of different challenges on different types of tracks and now the car really seems to work on every track. And yes, we are very satisfied.”

The ease with which Verstappen has swept to the title in 2022 is in stark contrast to his first championship win last year, which was claimed on the final round after a fraught, season-long battle against Lewis Hamilton.

Red Bull team boss Christian Horner previously said there was “not an ounce” of him wishing Ferrari had put up a bigger fight, given the pressure of the 2021 title fight.

Verstappen has started no higher than seventh on the grid in the past three races, but has recovered each time to keep his winning streak going after Red Bull pulled Ferrari’s performance level away.

The Dutchman said the current period of success was similar to his last year in karting, but repeating it in F1 was “very different in terms of feelings.”

“At that moment your goal is Formula 1, so of course you enjoy what you achieve, but you also think that there is still such a long way to go before you get into Formula 1,” said Verstappen.

“So it’s a bit of a different wave of excitement and what you’re feeling. But that last year in karting was fun too.”

Should Verstappen close the championship in Singapore with five races to go, it would be the earliest coronation since Michael Schumacher in 2002, who took the title with a record six races to go.