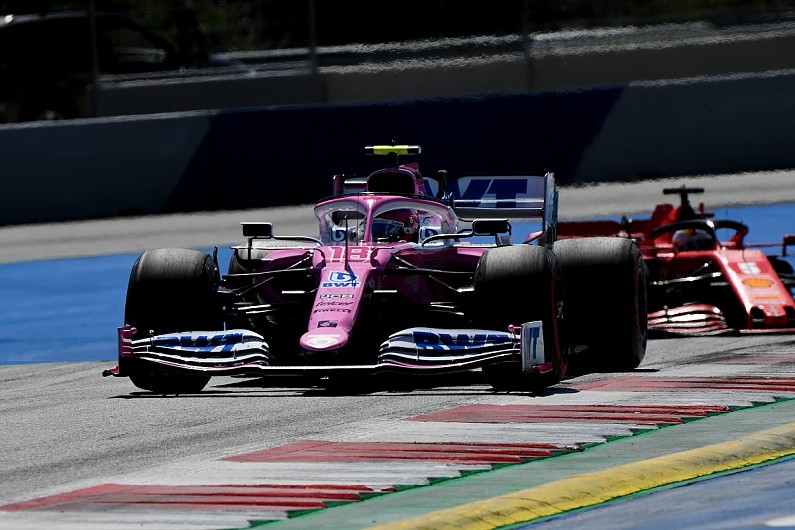 Vettel joins the former Racing Point team this year after his contract with Ferrari was not extended beyond 2020, having struggled the past two seasons with Maranello’s squad against Charles Leclerc.

However, Aston Martin management believes Vettel will thrive in his new environment, with CTO Andrew Green suggesting in October that the team can help him ‘rediscover his mojo’.

Szafnauer also expects Vettel and Stroll to motivate each other and bring a “winning mindset” which should also help boost the team.

“It’s extremely exciting for everyone on the squad,” Szafnauer said of the roster.

“In Sebastian we have a quadruple world champion who has a proven track record of helping teams become winning teams and compete for the championship.

“This is why he is such an important signing for us. He brings a winning mentality and we will all no doubt learn a lot from him on this journey.

“At Lance we have a talented and hardworking young rider who had his best campaign yet last year and really made progress in all areas of his race.

“We know that if we give him the tools, he is more than capable of helping the team achieve their goals.

“We also think Sebastian will bring out the best in Lance, with Lance pushing Sebastian hard in return, so we’re excited about our 2021 line-up. It’s the perfect blend of experience, racing know-how and raw talent. “

Szafnauer admitted that managing the transition from Racing Point to Aston Martin, without diluting the team’s proven ability to do a lot with limited resources, has not been an easy process for the team.

With the addition of development during the offseason along with new investments, Szafnauer also believes the team can fight for race wins in 2021.

“It has been a gigantic task,” he said. “It’s easy to forget that we have laid the groundwork for a whole new era alongside a very difficult world setting, while balancing these tasks with our most successful F1 season to date – including a win in the race and several podiums finished en route to fourth place in the constructors’ championship.

“Everyone involved should be extremely proud of this achievement and I think it shows that although this is a new name and a new team identity, we have retained the strong backbone that guided through difficult times to where we are today.

“With a new name, committed shareholders, new investments and an experienced team, we believe we have all the ingredients in place to compete for even more podiums and, hopefully, wins.”