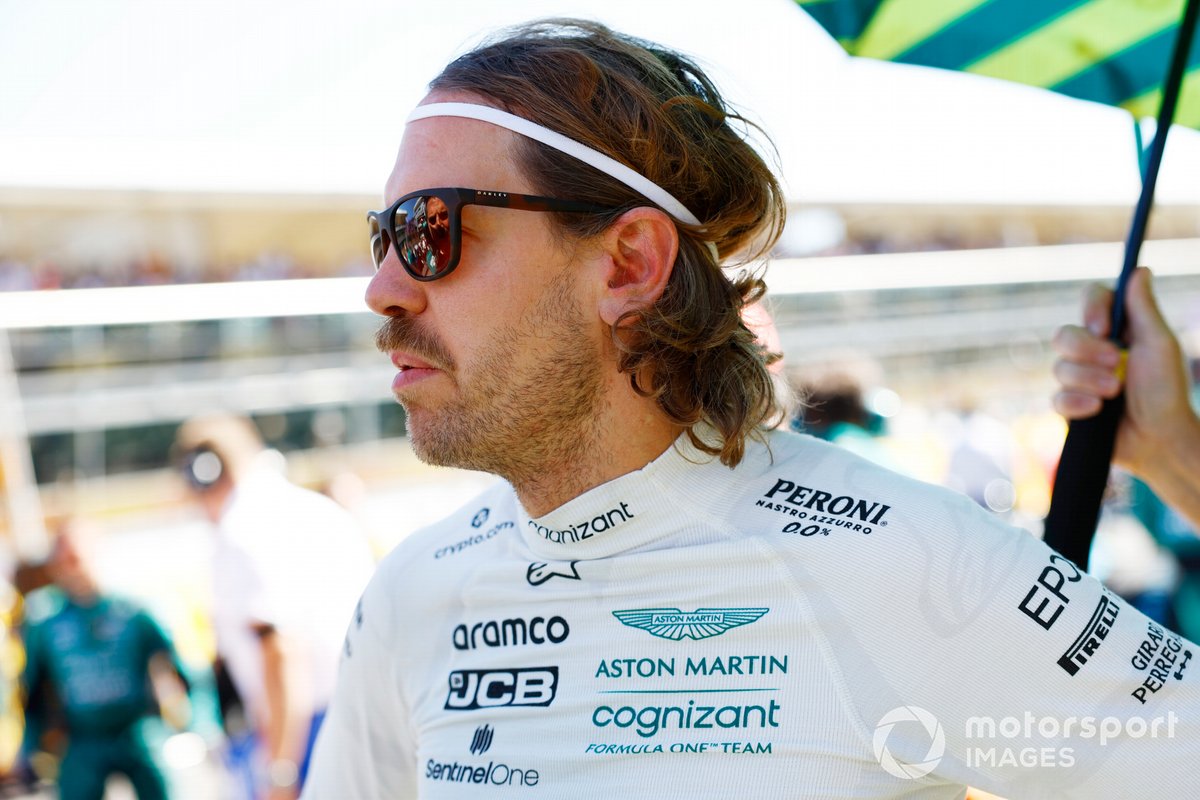 Flypasts by an aerial display team have been common at the Italian Grand Prix for a number of years now.

But as part of F1’s pursuit of a more sustainable and environmentally friendly future, it has banned the grid at races this year.

However, on Sunday in Monza, the Frecce Tricolori did two flypasts before the start of the race, which Vettel said was demanded by the visiting president of Italy.

When asked by TBEN if he thought Monza was a venue F1 should work on to keep it on future calendars, the four-time champion says it should, but took the opportunity to aim for the flybys .

“I hope so and I hope they stop the flybys,” he said.

“I heard the president insisted on having the flybys. He’s about 100 years old, so maybe it’s hard for him to let go of ego stuff like this.

“But yes, I think it should stay on the calendar. It’s a great track, there’s a great atmosphere.

“But like I said, the flybys – we were promised they were gone, and it seems the president needs to change his mind and F1 just gives in, despite the boards [pushing for climate action] around the track and the certain goals to make the world a better place.

“She [F1] you just have to distance yourself from influence. If you have a goal, don’t do like all countries and ignore that you won’t achieve it.

“So you have to stick to the word you get out. But time will tell.’

TBEN has contacted F1 for comment on who lit the flypast green.

In recent years, Vettel has stepped up his campaign on environmental issues, although his criticism of Formula E has sparked accusations of ‘greenwashing’ from driver and series investor Lucas di Grassi.

Ahead of the Monza weekend, Vettel said he hadn’t had any discussions with Di Grassi about their disagreement, but was open to it.