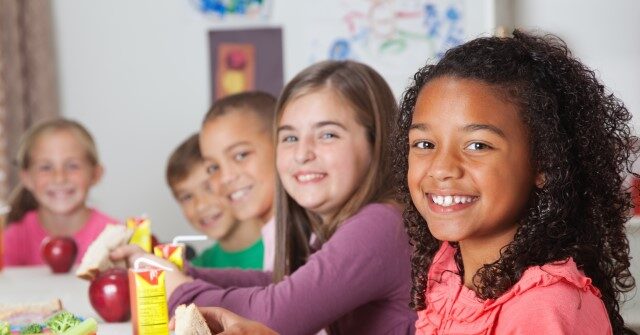 A fourth-grader in Racine, Wisconsin, knew exactly what to do on Tuesday if a classmate got into serious trouble.

Essence Collier was having lunch at her elementary school when the situation became dangerous, but it didn’t bother her at all, WISN reported Saturday.

“I just saw her holding her neck and I ran towards it as fast as I can,” the 9-year-old recalled.

A teacher named Samantha Bradshaw saw Essence go into emergency mode as she ran across the room to help.

“I see her go to the other student and put her arms around her and perform the Heimlich maneuver on her,” noted Bradshaw, adding, “I’ve never seen a student react that way.”

It only took a few seconds for the classmate’s airway to clear and she could breathe normally again.

Many people die each year from suffocation, the fourth leading cause of unintentional death, according to Healthline.

“However, there is a simple technique you can use to clear a stuck object from another’s airways. You can even use a version of this technique on yourself,” the site said.

“Stomach thrusts lift your diaphragm and expel air from your lungs. This causes the foreign object to be expelled from your airways,” it continued.

Essence learned the skill of a video for kids. When asked why she took immediate action to save her classmate who choked on a Cheeto, she said, “I didn’t think much of it. I’m just glad she’s still alive.”

This is 9 year old Essence Collier. On Tuesday, during lunch, she saw her classmate suffocate in a Cheeto. She ran to the…

Meanwhile, social media users praised the little girl for her brave effort, one person wrote: “That’s great! Good work. One day she will work in healthcare: the sky is the limit young lady!”

“HERO and a role model for all of us!” commented another person.