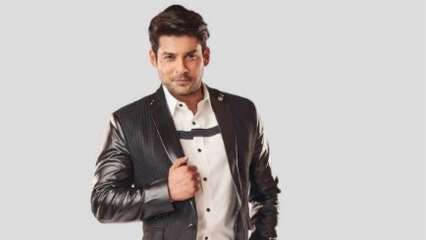 ‘Bigg Boss 13’ winner Sidharth Shukla, known for his sexy looks and huge female fan on social media, took to the internet by storm on Monday after sharing a video of himself on his Instagram account checked out, enjoying a swim.

In the slow-motion video shared by the model-turned-actor, a shirtless Sidharth can be seen diving into the pool as he shows off his muscular avatar. At the end of the video, Sidharth smiles and gives a thumbs up, looking at the camera, signaling to cut the video.

“Sometimes you just have to relax,” he captioned the video.

Soon after sharing the video, the Sidharth fan couldn’t stop going gaga over his chiseled physique. As we all know by now, the small screen star enjoys immense popularity on social media, so her video went viral within minutes of being posted and attracted a lot of comments.

Devout Sidharth fans and followers, who call themselves ‘Sidhearts’, took to the comments section to fill it with compliments. “Right now you’re raising the temperatures so no cold for us,” one user wrote, while another commented, “Kal is officially the start of summer (sic).” “Hottie,” another social media user wrote while another expressed excitement about finally seeing a “shirtless” photo of the star. “Shirtless Sidharth Shukla k darshan ho hi gye,” the user wrote.

Meanwhile, on the job front, Sidharth was last seen in a ‘Shona Shona’ music video alongside his former Bigg Boss 13 co-contestant Shehnaaz Gill who he would date and also appear. on “ Bigg Boss 14 ” as Toofani Senior. .

He will next be seen in ‘Broken But Beautiful’ by ALTBalaji opposite Sonia Rathee.