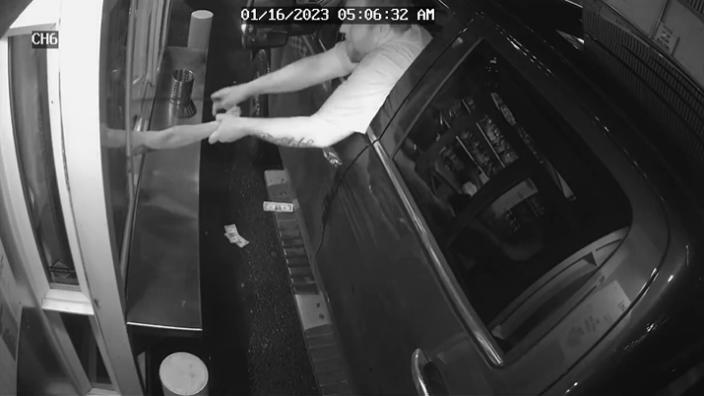 Disturbing video of the moment a man tried to drag a barista through a drive-thru window in an alleged kidnapping attempt in Washington state.

The Auburn Police Department posted the video on its Twitter page Monday. Police said on Tuesday that a man had been arrested in connection with the case.

In the footage, the man grabs the woman’s arm as she hands him what appears to be money. Police said the man “tried to drag the victim through the window using a zippered loop”.

The woman jerked her arm back and the man drove off in a pickup truck.

The man has a tattoo on his left forearm that appears to read “Chevrolet,” police said.