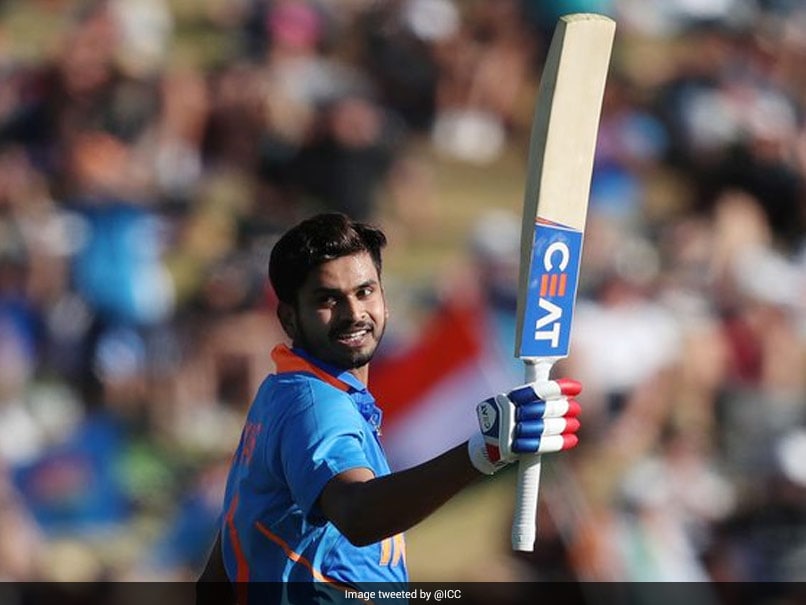 Mumbai rode on unbeaten 103 skipper Shreyas Iyer to beat Maharashtra by six wickets in their elite group D Vijay Hazare Trophy match on Tuesday. It was Mumbai’s second consecutive victory after beating Delhi in the lung opening. Choosing to beat first, Maharashtra posted 279/9, with centuries of Yash Nahar (119) and Azim Kazi (104) despite the experience of Mumbai pacemaker Dhawal Kulkarni (5/44) crossing his first order . But it was Iyer, who anchored the Mumbai pursuit and saw them at home in 47.2 overs.

Maharashtra skipper Ruturaj Gaikwad (19) was unable to convert his start and was trapped in front of the wicket by Kulkarni. Kulkarni then wreaked havoc by brushing aside Naushad Shaikh (0), experimenting with Kedar Jadhav (5) and Ankit Bawane (0) in quick succession as Maharashtra was in shock at 38/4 in 8.5 overs.

However, Nahar and number six batsman Kazi had other plans and they not only pulled the team out of boredom, but got them into a decent position with their 214 run-stand for the fifth wicket.

Nahar hit seven fours and six maximums in his 133 balls, while Kazi played the perfect second fiddle, as the duo faced off against Mumbai bowlers led by Indian speedster Shardul Thakur (1/57), who played the game. after being released from India. team.

Kazi hammered 12 limits and two sixes in his 118-ball innings.

When Nahar was knocked out by Shams Mulani, Maharashtra was balanced at 6/264 and then could only add 15 points.

Iyer, who entered at age three, was in his elements and hammered nine limits and a six, in his undefeated shot and after Jaiswal’s death he found capable partners in Suryakumar Yadav (29), Shivam Dube (47 ) as they performed their roles to perfection.

Dube took the game away from Maharashtra, with his shot, smashing five fours and a six, and took Mumbai on the verge of winning. The formalities were completed by Iyer alongside Sarfaraz Khan (15 not released).