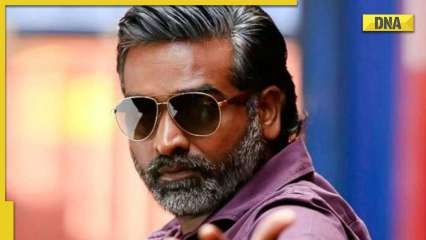 Telugu star Vijay Sethupathi needs no introduction. His contribution to cinema with great performances in films like Super Deluxe, Vikram Vedha, Master and the much more recent Vikram has left a great impression on the audience. Still, Vijay feels that the Hindi audience recognizes him based on the projects he does with Bollywood stars.

Sethupathi will soon make his OTT debut with Raj and DK’s crime thriller Farzi. He will be seen opposite Shahid Kapoor, and this will be his first collaboration with Bollywood. Recently, the team held the trailer launch event in Mumbai, and Vijay took a look at the North crowd. The actor stated, “Whoever asks me that I’m doing a Hindi project, I have to say I’m working with Shahid, they just say, ‘oh wow, okay’.” After Farzi, Vijay will also star with SRK in Jawan, and Katrina Kaif in Merry Christmas.

He went on to talk about his other collaborations adding, “So I have to say I work with Shah Rukh sir, I work with Katrina Kaif then only they respect me. So it depends on the artist I work with.” Speaking about his experience working with Shahid, Shah Rukh Khan and Katrina, Vijay added that they all feel very comfortable and they are like brothers to him.

The trailer for Shahid Kapoor’s debut web series Farzi was released on Friday. The show, which also sees Vijay Sethupathi entering the streaming space for the first time, is created and directed by Raj & DK of The Family Man fame. Fans all praised the trailer, especially the two big boys who went head-to-head in the crime thriller. Farzi also stars Raashii Khanna, Regina Cassandra and Bhuvan Arora in pivotal roles. The crime thriller will stream on Prime Video from February 10.