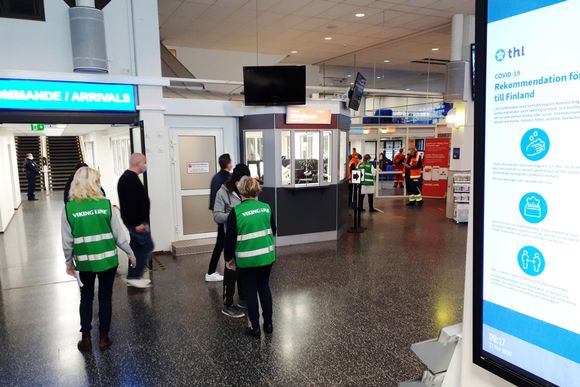 Viking Line spokesperson Johanna Boijer-Svahnström On Sunday, the Viking Grace carried Finnish passengers from Mariehamn to the mainland, while Swedish passengers boarded the sister ship Viking Amorella for their way to Stockholm.

Coast Guard divers found no leaks in the vessel following inspections on Saturday and Sunday.

Some 300 Viking Grace passengers spent the night on the stranded ship which ran aground on Saturday afternoon off the port of Mariehamn.

Passengers told Yle the atmosphere aboard the ship was calm, although many hoped to disembark on Saturday.

Although authorities have yet to determine the cause of the crash, Boijer-Svahnström said storm force winds played a role in the grounding of the vessel.

Saturday’s crash was Viking Line’s second incident this fall. In September, passengers evacuated the Viking Amorella after it ran aground in the Åland archipelago.

Cancellation of the far-right demonstration for independence day