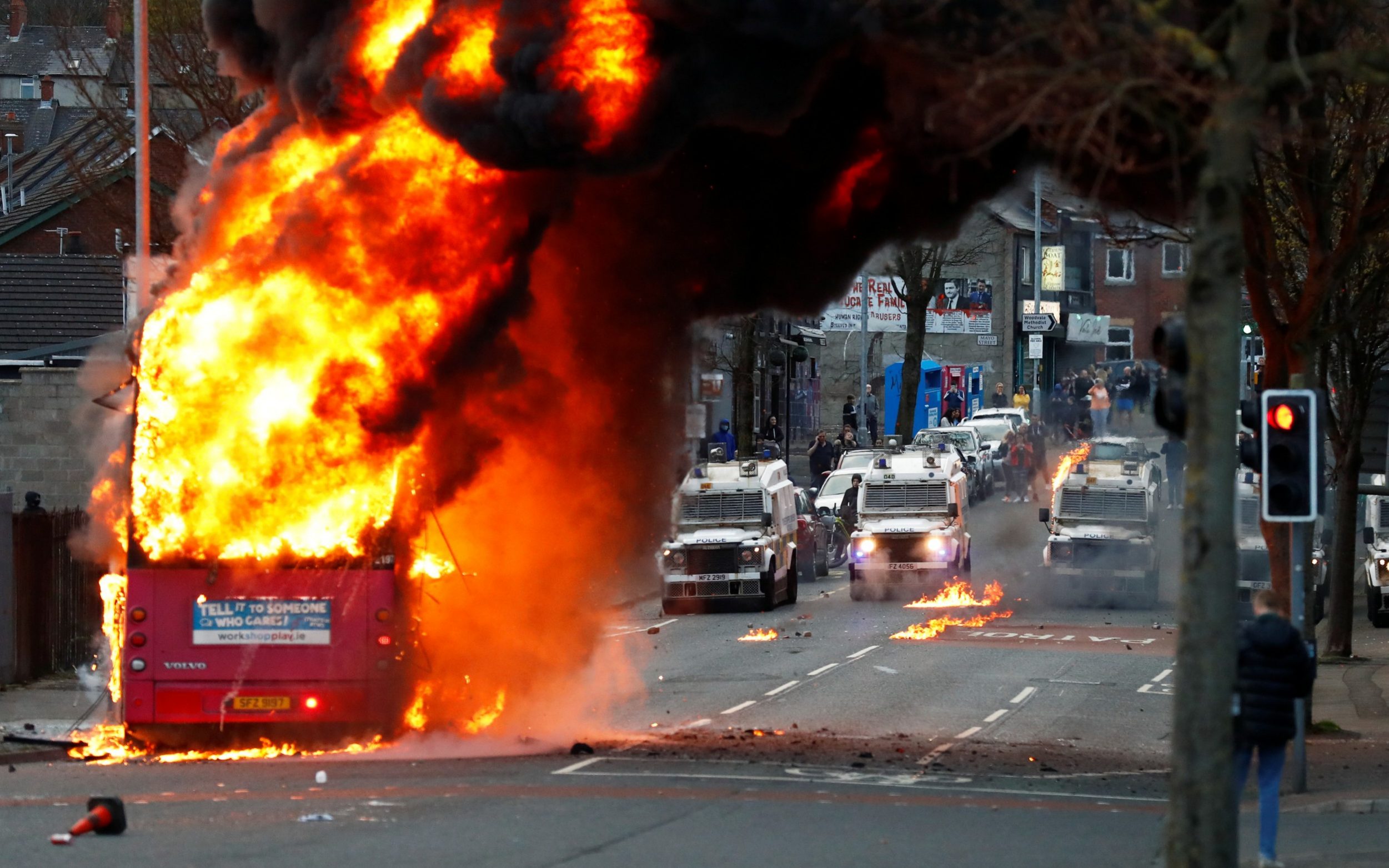 “The way to resolve differences is through dialogue, not through violence or crime.”

FPrime Minister Arlene Foster condemned the attack on Twitter, saying: “There is no justification for the violence. It is wrong and must stop.”

SDLP MK Claire Hanna also criticized the attack, tweeting: “Apologists tell us that these protests and riots were born out of frustration at not being listened to, but an excellent photo journalist is attacked trying to capture the ‘history.”

Later that night on Wednesday, the gates to the peace line on Lanark Way were opened, prompting clashes between loyalists and nationalists.

Social media images captured gasoline bombs thrown from both sides of the wall.

Police advise members of the public to avoid these areas.

“We would call on those with influence in the region to use it to help restore calm,” a PSNI statement said.

Videos circulating online show a bus bombarded with gasoline bombs and its windows smashed where crowds of people had gathered.