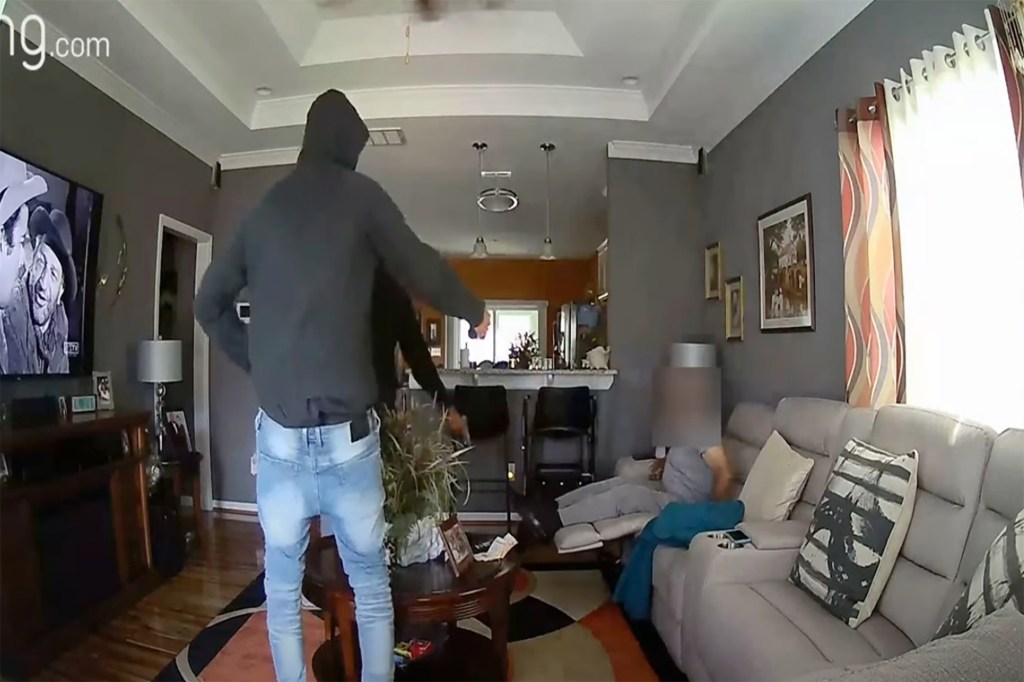 Police in Virginia are looking for two men who allegedly walked into the home of two elderly people and stole a wallet at gunpoint.

The incident took place in Portsmouth, Virginia on Wednesday around 1:50 p.m. when Mitchell Boney Jr., 25, and Tyree Demont Boney Jr., 22, allegedly entered the home of two elderly people and ordered them to “enter into a linen closet.” at gunpoint.”

Portsmouth police said the suspects then stole a wallet and a safe.

Officials say no injuries were reported in the incident.

The two men are wanted for armed burglary, use of a firearm, kidnapping and conspiracy to commit a burglary.

Ring surveillance video captured the incident on camera and one of the men could be heard yelling demands at the elderly while holding a gun.

One of the men was heard to say to the person sitting on the couch to “stand up” while pointing a gun.

Anyone with information that could lead to the arrest of the two men is encouraged to call 757-393-8536.