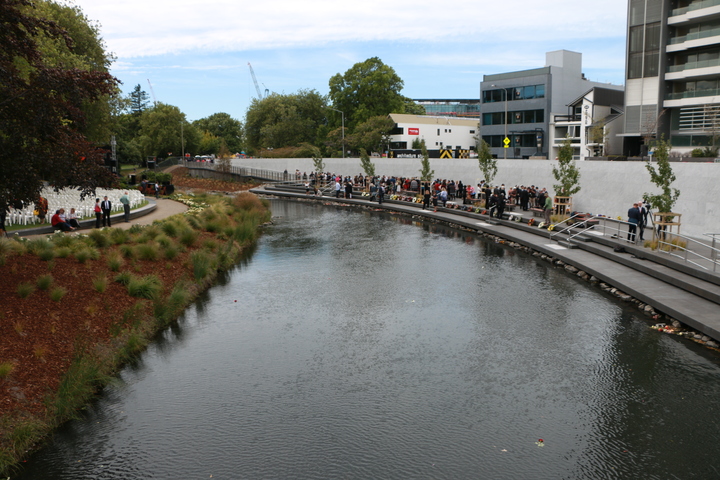 There has been a constant flow of people visiting the Canterbury National Earthquake Memorial in Christchurch this afternoon, ahead of tomorrow’s anniversary.

Monday marks the 10th anniversary of the February earthquake, which claimed the lives of 185 people.

A civic memorial service will be held at the memorial at 12:30 p.m. tomorrow afternoon and people laid flowers and elks at the site today.

The service will include a minute of silence. See the service order here.

For those who cannot attend, a council livestream is also expected. It will be shown on select screens in the central library, Tūranga, as well as on a big screen in a grassy area across Montreal Street.

Learn more about the 10th anniversary of the Christchurch earthquake:

Christchurch City Council (CCC) worked with the Quake Families Trust on the service program, which is to recognize all those affected by the earthquakes and those who helped afterwards.

“We are aware that the Covid-19 pandemic means that many people who would normally travel to Christchurch for the 10th anniversary of the earthquake will not be able to do so,” CCC director of civic and international relations said, Matt Nichols.

On the traffic side, rue Montréal – from rue Tuam to Cambridge Terrace – will be closed from 9 a.m. to 4 p.m. The Memorial Wall will not be open to the public from noon until the end of service.

For those planning to get to the service by public transport, the bus interchange is just a 10-minute walk from the Memorial Wall. A parking lot has been reserved for bicycles.

Oi Manawa is located next to the Avon River and displays the names of those who died in the earthquake.

People can drop tributes at the Memorial Wall or throw their unwrapped floral tributes into the River Avon after civic service.

The first River of Flowers, created by Michelle Whitaker Evan Smith, will be back.

There have been as many as 20 River of Flower sites along Canterbury’s waterways, where people write notes of hope, drop flowers in the river, and hold back two minutes of silence at 12:51 p.m.

More information on the locations and times of the River of Flower venues will be available here.

The Former Canterbury Television Yard (CTV) – where 115 people died – is another open memorial space where people can come together to commemorate and reflect.

The site, at the corner of Madras and Cashel streets, was inaugurated as a memorial on February 22, 2018.

Locals can also head to Quake City, the Canterbury Museum’s special earthquake exhibit, where entry will be free.

Recent additions to the exhibit include a sculptural wall of orange road cones in the entrance area and a slideshow of buildings, artwork and streetscapes, showing how Ōtautahi Christchurch has changed over the years. decade since the earthquakes.

Several Cantabrians who recount their experiences in the film 12.51, which takes place in the exhibition, have been re-interviewed and feature in a new short film, reflecting on how their lives have changed over the past decade.