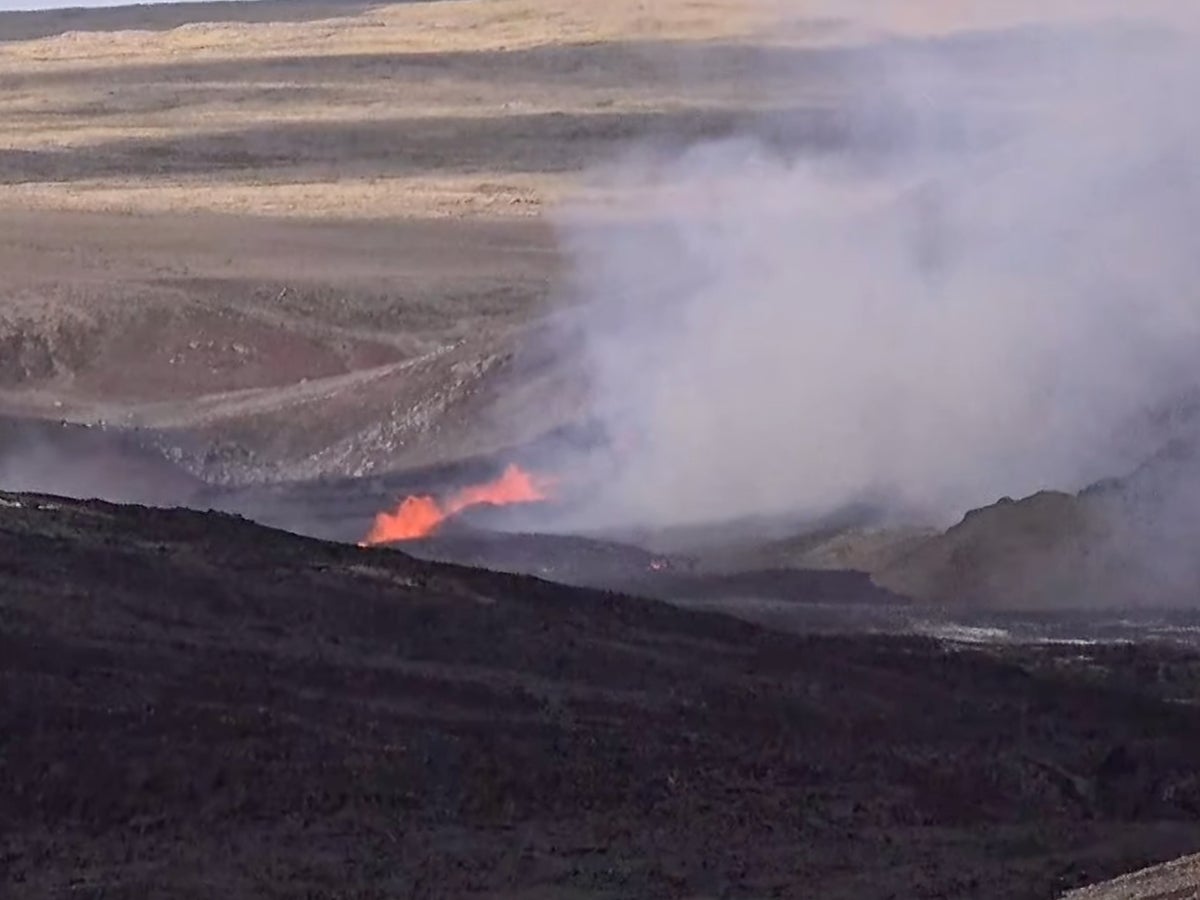 A volcano in Iceland near Reykjavik has started erupting less than a year after its first eruption in 6,000 years ended.

Fagradalsfjall volcano is located about 20 miles from Keflavik airport, in the southwest of the island.

It broke out around 1:30 p.m. local time on Wednesday.

No flights were disrupted and the international airport remained open. Roads in the area are closed.

Lava emerges from a narrow crevice, as seen in images from a live video feed from Iceland’s state broadcaster RÚV.

The lava flowed over an area of ​​solidified lava expelled during last year’s eruption that lasted several months.

The eruption that started in March 2021 lasted for six months before ending on September 19. It was the volcano’s first eruption in 6,000 years and the first eruption on the Reykjanes Peninsula in over 800 years.

Thorvaldur Thordarson, a professor of volcanology at the University of Iceland, told Icelandic media he doesn’t think the fissure is dangerous as long as it doesn’t get bigger.

He thinks the fissure is about 500 meters long and that the lava flows at a speed of several cubic kilometers per second.

However, he has warned people in the area to avoid breathing the “cloud” of sulfur gas emitted by the volcano.

People are expected to be on the Reykjanes Peninsula to watch the event known as a “tourist blowout” due to the relative safety for people to view it in person.

It’s a common term for eruptions of this magnitude, according to the tourism website Visit Iceland.

The 2021 eruption started with a fissure that was only 180 meters long, the website says.

It adds: “The lava flow quickly concentrated in two craters that erupt continuously. There was no explosive activity producing plumes of ash, as happened with the 2010 Eyjafjallajökull eruption, which shut down air traffic over Europe.

“In this case, the eruption turned out to be an effusive fissure eruption, producing a steady outflow of basaltic lava of about 6 meters.3 and releasing volcanic gases.

“After a few weeks, new fissures formed and new vents started to open, while others became dormant. At one point, six craters erupted at once.”

The 2010 eruption of Eyjafjallajökull sent a volcanic ash cloud into the atmosphere that halted air traffic between Europe and North America.

Millions of passengers were stranded after more than 100,000 flights were grounded.